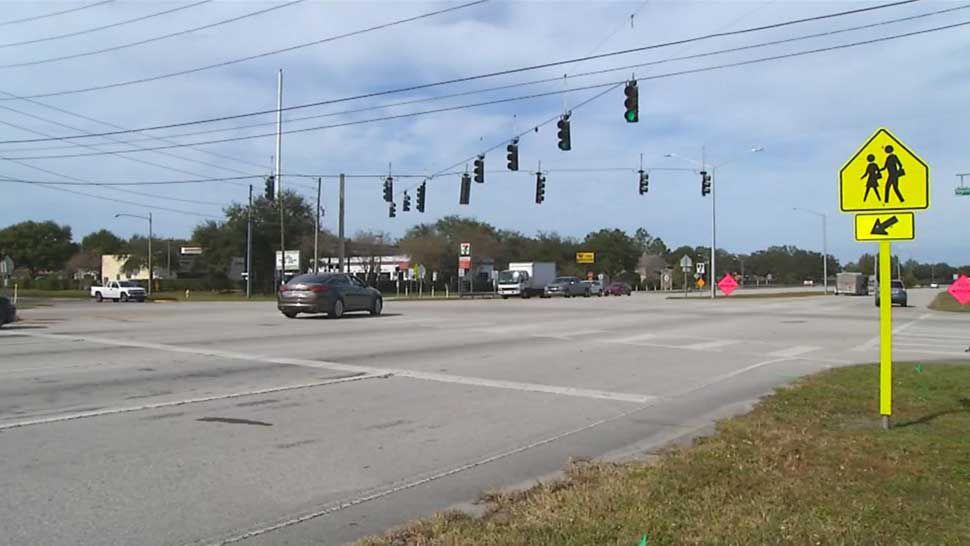 A stretch of the East Lake corridor now under scrutiny following Wednesday's crash that critically injured an East Like High School student while she was on her bike. (Spectrum Bay News 9)

PINELLAS COUNTY, Fla. — The teenager hit by a car while riding a bike to her Pinellas County school Wednesday has been moved out of the intensive care unit. As she recovers, the conversation between school and local government officials about just how dangerous the roadway where she was hit continues.

Janeva Buczynski, 15, underwent surgery after she was airlifted to St. Joseph's hospital following the accident.  FHP says she rode her bike into the path of an oncoming car near the intersection of East Lake Road and Pine Ridge Boulevard, just a short distance away from East Lake High school.

We've learned that the Pinellas County Sheriff's Office issued at least 22 citations or warnings to drivers in the East Lake corridor between December 2017 to now.

One resident says he's seen drivers speed through that area and raised concerns with a crossing guard at a nearby school.

Speed and alcohol did not appear to be a factor in the crash. FHP says the driver who struck that student was going through a green light at the time of the accident.

The principal of East Lake High School said in a letter to parents saying the district has requested a study of the East Lake corridor.