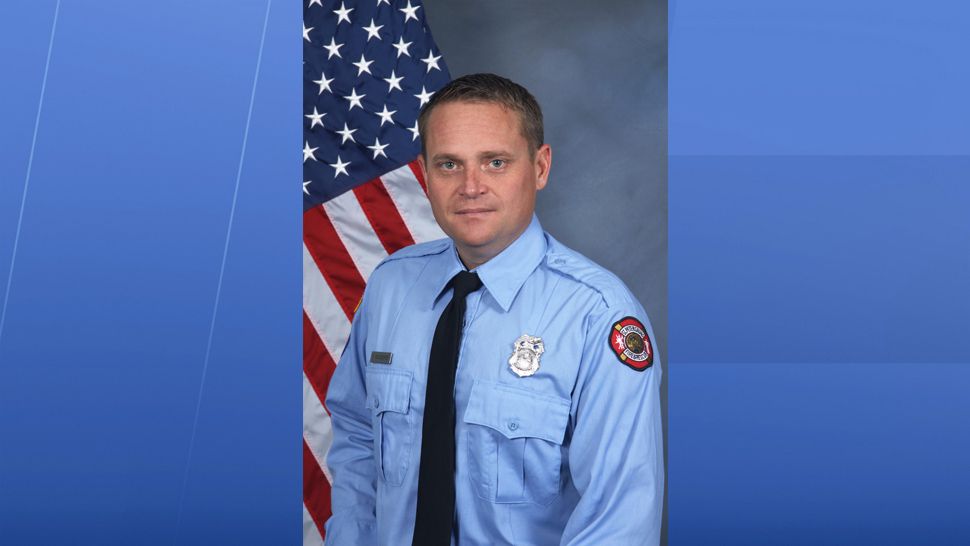 ST. PETERSBURG, Fla. — Firefighters put themselves in danger every day. It's a job that mental health experts say takes a real toll on the brain, because they deal with so much trauma and pressure.

In this latest case where a firefighter took his life, it's now created a ripple effect because not only did the firefighters lose a fellow fireman, they had to respond to the call for his death.

Todd Rosenberger, 40, was a hard working father, husband, and St. Petersburg firefighter for more than 14 years.

Sadly, he's now one of the growing number of firefighters in the country who took his own life.

"He was a great guy. When I saw him, when I went out to the station, he was always upbeat. That's why I was totally shocked. He was always upbeat with me. Very respectful. Good paramedic. Very compassionate. I mean he cared. He cared a lot,"Chief Large said.

The chief said that care may have been a gift and a curse in a career where the outcome isn't always good.  Sadly, last night the trauma became a ripple effect because the same firefighters in his department had to respond to the call about Rosenberger's death that police say appears to be suicide.

"The firefighters responded to their brother firefighter. So that crew we have a critical incident stress management team that came in, spent time with the crew, talked things through to make sure they're dealing with it okay. We're gonna have a grief counselor team at the station tomorrow with his crew that he worked with day in and day out," Chief Large said.

The question now is, how do you prevent things from going this far?

"So trying to have that classic balance of hey the more output your job requires, the more input you need to give yourself. Which again is all that self-care stuff. Again sometimes they don’t because of their personalities so we have to build it into the job. We build self-care and support into the job. Make it a requirement, frame it as you’re helping others," O'Brien said.

He said jobs with intense situations dealing with life and death can be an assault on the brain so take care of it like you would take care of your heart.

"Many of us in our society work awfully hard and we often don’t balance that enough. And we don’t value leisure and recovery and family time enough. We don’t see that as productive. But like airlines will tell us, put on your own oxygen mask first before assisting with the person next to you because you’re no good to anybody if you’re on the floor gasping for breath," O'Brien said.

O'Brien said the holidays are also one of the highly stressful times for people battling depression because this is a time to be happy and thankful and that's not how they feel at the time. Whatever the season or career, Dr. O'Brien said self-care is more important and there's plenty of help out there.