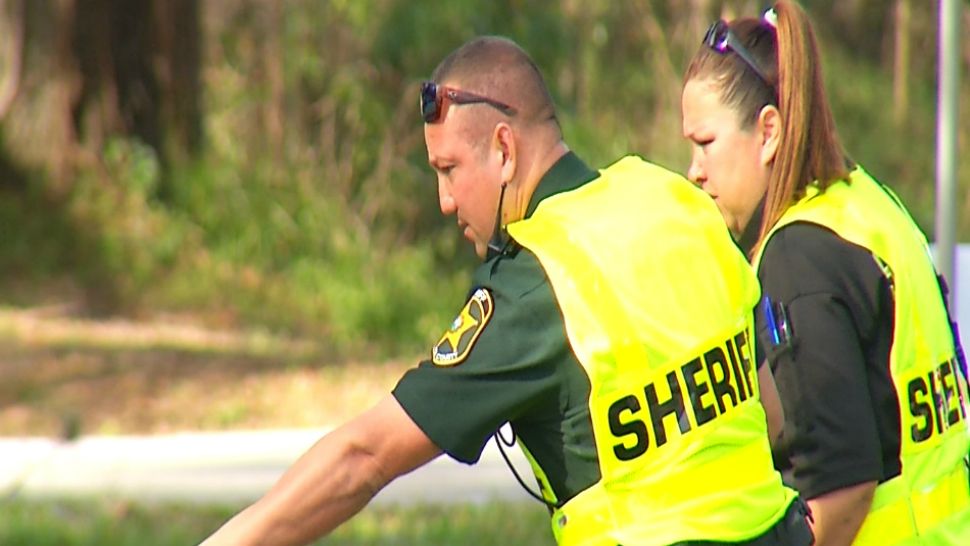 The hit-and-run crash happened along Swindell Road in Lakeland and left a 17-year-old girl injured in a ditch. (Rick Elmhorst/Spectrum News)

LAKELAND, Fla. — A 17-year-old Polk County high school student is recovering after being left for dead in a ditch during a hit-and-run accident.

Investigators say Elani Miller was walking along Swindell Road sometime after 6 a.m. Tuesday when she was struck from behind and thrown into a water-filled ditch.

She may have been in the ditch for 15 minutes to a half hour before anyone heard her screaming for help, investigators say.

A grade-school child walking to a bus stop heard Miller and ran to a neighbor's house for help.

"She came knocking on my door, asking me to call 911. Somebody was in the ditch screaming," neighbor Jenise Robles said. A few minutes later, Miller's mother, Suzette, came running to the ditch to help her daughter.

"She said, 'Mommy I'm in pain.' And as a mother, you want to help your child. I’m instantly trying to go get her," Miller said.

Miller, Robles and the other people who ran to the scene didn't move Elani for fear she might have a broken back or neck.

Emergency medical responders took Elani to a hospital, where she underwent emergency surgery for her badly broken legs.

The Polk County Sheriff’s Office thinks the hit-and-run vehicle may have been a 2000 to 2006 Chevrolet or GMC dark-colored SUV.

"Words can't express... How do you leave anybody in a ditch, Let alone a child?" she said.