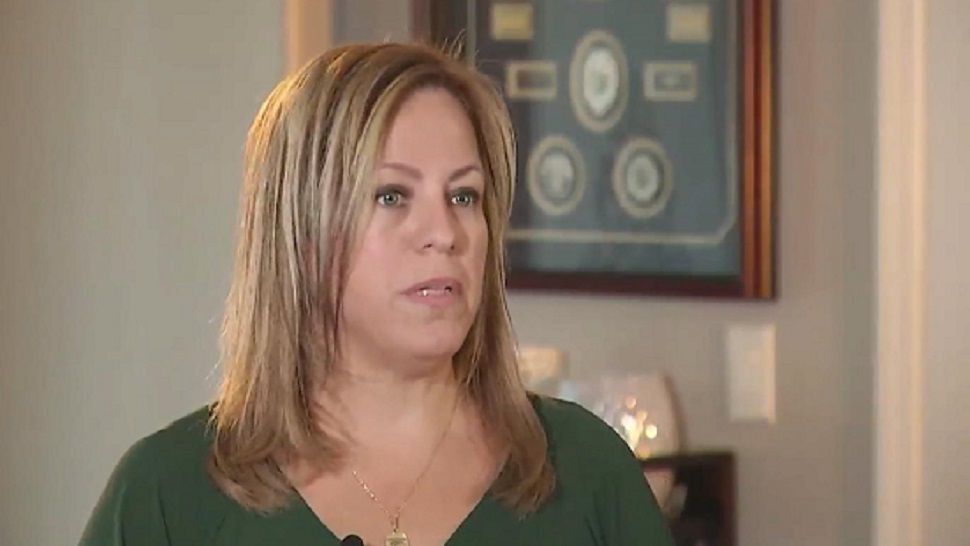 Widow of Slain Officer On A Mission To Support Law Enforcement, Give Thanks

TARPON SPRINGS, Fla. — The widow of Tarpon Springs police officer Charles Kondek, Jr. embarked on a mission of gratitude soon after his tragic death in the line of duty 4 years ago.

It’s a mission Teresa Kondek says keeps his memory alive and gives back to her law enforcement family.

Kondek, 45, was fatally shot Dec. 20, 2014 after he responded to a noise complaint outside an apartment building. He was a father of six, a 17-year member of the Tarpon Springs police force and a former New York City policeman.

“I started paying for lunches randomly, kind of like pre-paying. I would go to certain places, buy a gift card and then speak to the manager and ask if they would use the card when law enforcement comes in,” Teresa said.

At the Beef ‘O’ Brady’s in Hudson, that simple act of kindness is on display often. When law enforcement officers dine in, the restaurant uses Teresa’s gift cards to comp their lunch.

At the end of the meal, the server brings the check but tells the LEO the meal has been paid for. The server then gives the LEO a small card with pictures of Officer Kondek and his family and the message “Thank you for your service”.

In support of Teresa’s effort, the Hudson Beef ‘O’ Brady’s is now offering free lunch from 11 a.m. to 3 p.m. to LEOs on the 21st of each month, which is Officer Kondek’s end of watch.

“It was an honor for us to get behind Teresa and back the campaign,” says Beef ‘O’ Brady’s General Manager Lord Andrew Winspear.

“Speaks volumes. You’ll never understand what it means to someone who’s in service, when they say thank you very much,” says Jason Rock, Director of Force Development for the Pasco County Sheriff’s Office.

Since 2015, Teresa has comped more than 500 meals for law enforcement officers. She sets aside money every month, sometimes $100 or $200, to buy the gift cards—a small gesture of gratitude that honors a fallen hero and highlights the unbreakable bond of the badge.

“They all risk their lives every day and it doesn’t matter if I know them or not, they’re always there,” Teresa said.