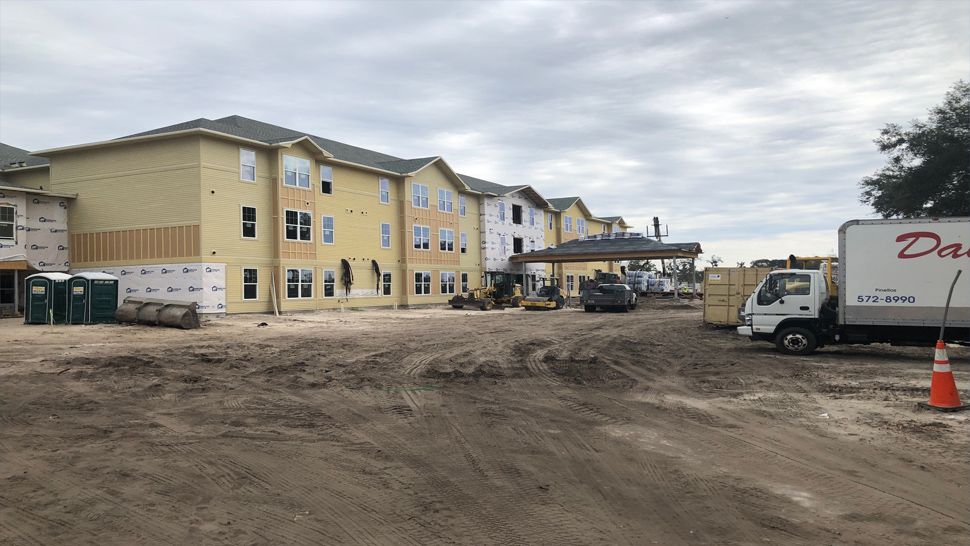 100 senior public housing units are being built in Lakeland. They are expected to open in April but the shutdown could delay the opening. (Stephanie Claytor/Spectrum Bay News 9)

LAKELAND, Fla. — Housing Authorities across the nation are worried about the government shutdown.

The United States Department of Housing and Urban Development funds everything from section 8 subsidies to public housing units.

It’s constructing a new 100-unit senior public housing building. The goal was to open in April, but if the shutdown continues, that date will have to be pushed back due to federal subsidies funding much of the rent.

“The longer the shutdown goes on the worse it is for everybody,” said Ben Stevenson.

Stevenson said the agency also planned to tear down standing public housing units from the 1940s, and build 132 multi-family units. The shutdown has that on hold too.

“We were wanting to do the closing so we could start construction but we need HUD approvals and HUD is not there,” Stevenson said.

A delay that could be costly.

“So the price, cost of the construction could potentially go up as well. A million, two million dollars,“ Stevenson said.

Stevenson said the delay is ultimately hurting the people.

Not only that, he said Section 8 landlords are in for a big surprise if the government stays shut down until March.

The housing authority wouldn’t be able to pay them the Section 8 subsidies.

Section 8 landlord Don Brown said if that happened, he’d make his tenant pay all of the rent and workout a payment plan.

“I normally will allow them to go maybe a month or two then something has to happen. I’m going to get my money,” said Don Brown.

Ultimately Stevenson said it’d be up to landlords to decide whether to let the tenant stay.

Stevenson said the landlords would receive back rent when the government reopened.

If the shutdown continues into March, Stevenson said the housing authority would have to dip into cash reserves to pay for operational expenses and may have to consider furloughing employees.