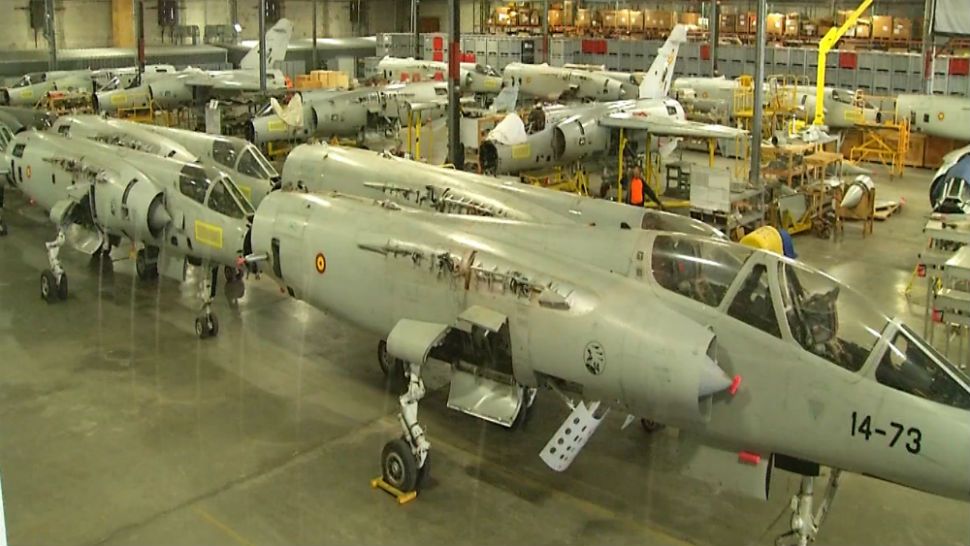 LAKELAND, Fla. — A Lakeland based company will soon be flying supersonic fighter jets out of Lakeland Linder International airport.

Draken International is part of a growing defense trend.

Draken and its former military pilots serve as adversaries in military training. Draken buys older jets from foreign countries and upgrades them with more up-to-date electronics so they are capable of providing a challenge to current military fighter pilots.

The rational for having a private company provide adversary jets and pilots is the cost savings. Turns out it is cheaper to do it that way than to use the military's own pilots and more expensive jets to do it.

Draken recently got a $280 million contract with the U.S. Air Force to provide adversary services out of Nellis Air force base in Nevada, and the Air Force is poised to go big time into the outsourced adversary concept.

"But they are saying potentially over six years that it is a $6 billion industry," said Draken's John "Slick" Baum. Baum is a former Air Force F-16 fighter pilot who now procures fighter jets for Draken.

Baum believes the $6 billion figure makes sense. "It's a heck of a lot cheaper than if the military tried to do it on their own," he said. To take advantage of that $6 billion protential, Draken is upgrading its fleet of jets. It has imported 20 French-built supersonic Mirage F1M jets from Spain.

Being able to fly at supersonic speeds will provide a higher level of training for American military pilots.

"So that is so important to replicate the threat that our Air Force or Navy pilots could potentially face in a real time scenario," said Baum.

Almost all of Draken's workers, including pilots, are former military. They believe they are still serving the country with what they do.

“So what we do is we take the skills and expertise that we have learned for 20 plus years in the military, whether it's a pilot or maintainer and retail that skillset for the taxpayer," said Baum.

Baum expects Draken to start flying its supersonic jets out of Linder this spring, but the jets won't break the sound barrier until they are far enough out in the Gulf of Mexico to keep from impacting people in the Bay Area.