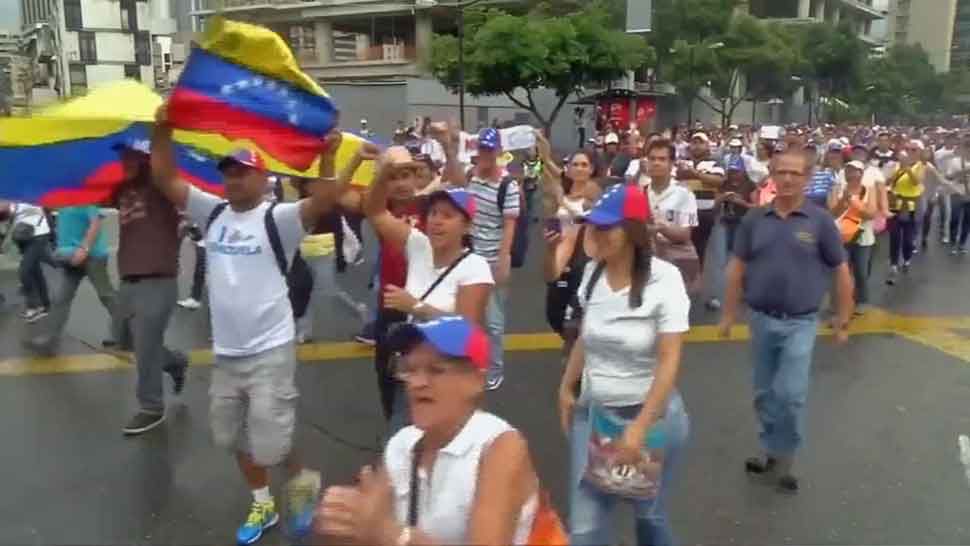 The ongoing political and economic crisis in Venezuela and American foreign policy response to it could have a ripple effect on state politics and elections here in Florida. (Spectrum Bay News 9)

How the Crisis in Venezuela Could Impact Florida's 2020 Elections

FLORIDA — Some of the largest voices influencing the Trump Admininstration's stance during Venezuela's current political and economic crisis are from Florida.

It’s an issue that's bringing members of both political parties together.

“Both sides are really trying to put their partisan imprint on being the ‘white knights’ that come in and really help this community that in a lot of ways needs it right now,” said USF political expert Joshua Scacco.

“So many [Venezuelans] are so new to American politics, I think that’s why you’re seeing elected officials making the overtures they are to the Venezuelan community,” Scacco said.

He added that parallels between the Venezuelan and Cuban community could indicate how policy makers appeal to these new voters.

“Because of that, because of the shared experiences, it makes a lot of sense both from a policy perspective as well as from a political and a messaging perspective to really treat these communities as if they’re similar in a lot of ways,” he said.

The Venezuelan voting bloc could have a sizeable impact in the 2020 elections, though it is still too early to tell if they'll favor one party over another.

“If you can be influential with this first generation of immigrants from Venezuela, then that could potentially imprint a political party or political standard for generations to come among these immigrants,” Scacco said.