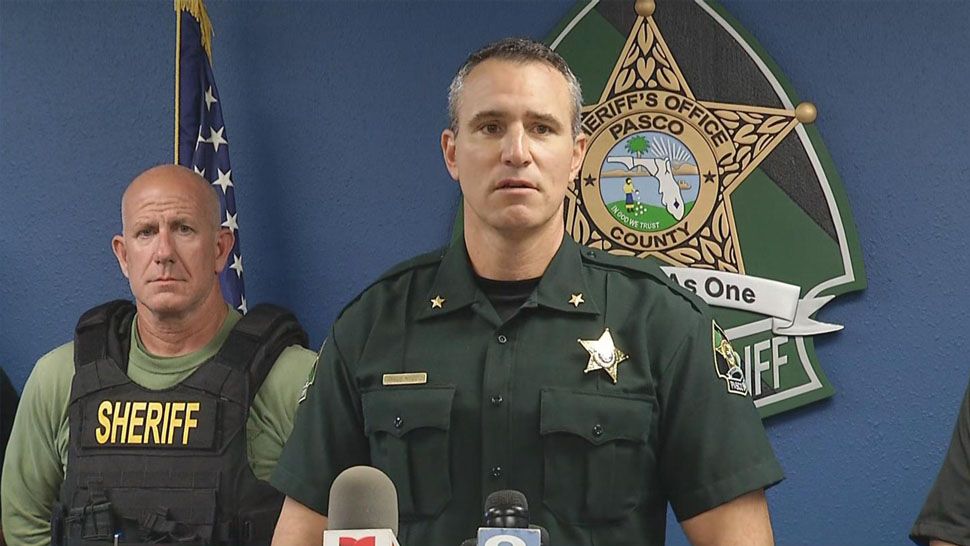 Deputies responded to the Port Richey mayor's home early Thursday. He was arrested on charges of practicing medicine without a license. (Spectrum Bay News 9)

PORT RICHEY, Fla. - The mayor of Port Richey was arrested early Thursday after a SWAT team responded to his home and gunshots were fired.

According to the Pasco County Sheriff's Office, a SWAT team responded to Massad's home at 8221 Hayward Lane just before 5 a.m.

Deputies and FDLE agents were there to serve a search warrant, which was a result of a four-month investigation.

Two shots were fired near the deputies but there were no injuries. Deputies did not return gunfire.

No one was injured and Massad, 68, was taken into custody. Massad was arrested on charges of practicing medicine without a license.

Massad has served as Port Richey's mayor since 2015.

Sheriff Chris Nocco said at a news conference that his deputies handled the situation properly.

"He shot at our members. He's lucky he's not dead," Nocco said.

During the news conference Nocco noted that Massad owned a number of weapons. That statement came as no surprise to Port Richey Councilman Richard Bloom, who said Massad has hunted game in Africa, hence the guns.

Bloom has worked with Massad in city government since Bloom's election to the city council last April. He told us he was heartbroken in reaction to the morning's events.

“A tremendous guy," Bloom said of Massad. "He is as friendly as you can imagine, he’s good-hearted, he cares about the city, and I feel just terrible about what took place.”

FDLE agents received information from the Port Richey Police Department that Massad, whose medical license was relinquished in 1992 in place of revocation, was still practicing medicine. Agents launched an investigation and learned Massad had patients come to his home for various treatments.

He had performed medical procedures at his residence with one procedure requiring additional hospital treatment for the patient.

"That's looked down upon, especially with the board of medicine. It’s something that shouldn’t be done," said Bloom, who is himself a doctor.

Massad was taken to the Pasco County Jail. Attorney General Ashley Moody's Office of Statewide Prosecution will handle the case.

Nocco said Massad has a previous history of violence and drug use.

"Thankfully our deputies are going to go home to their families at the end of their shifts today," Nocco said. PREVIOUS ARREST: The mayor of Port Richey, Dale Massad, and his girlfriend were charged with battery In Aug. 2018. (Pasco County Jail)