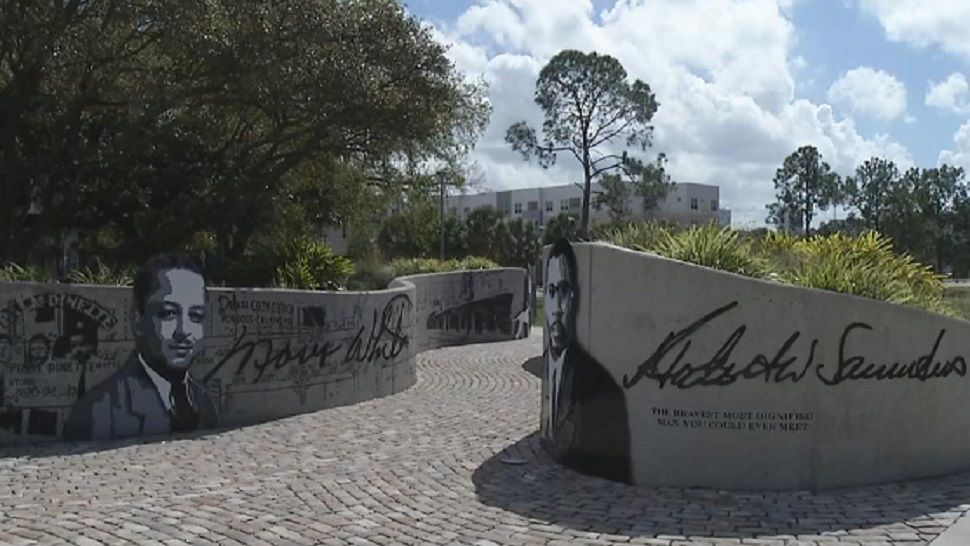 Walk Through History Down Old Central Avenue in Tampa

TAMPA, Fla. — Tampa historian Fred Hearns is inviting the community to take a walk along the old Central Avenue.

Hearns has partnered with the Tampa History Center to provide Central Avenue Black History Tours on the last Saturday of every month.

"I love doing these tours and talking about this history," Hearns said.

Along the way he shares stories about Central Avenue and the community around it.

"There was no segregation on Central Avenue," Hearns said. "So you could be yourself. You can go anywhere, sit down anywhere, no

one was going to tell you you can't sit here. We were the kings and queens walking down the street because this was ours."

It was a time when half of the black people in Tampa lived in a neighborhood called 'the scrub.'  Nearly 100 black-owned businesses lined Central Avenue then.  Singer Ray Charles recorded his first song in a boarding house nearby.

"And he titled it 'The St. Pete Blues' because at that time in the '40's a lot more tourists knew where St. Pete was because of the beaches than where Tampa was," Hearns said.

These days, an episcopal church is one of the only historic buildings still standing around Central Avenue.

Much of the rest has been replaced by Perry Harvey Park and reminders of what used to be.

Hearns said it's his duty to share some of these stories.

The next walking tour is Saturday, February 23.