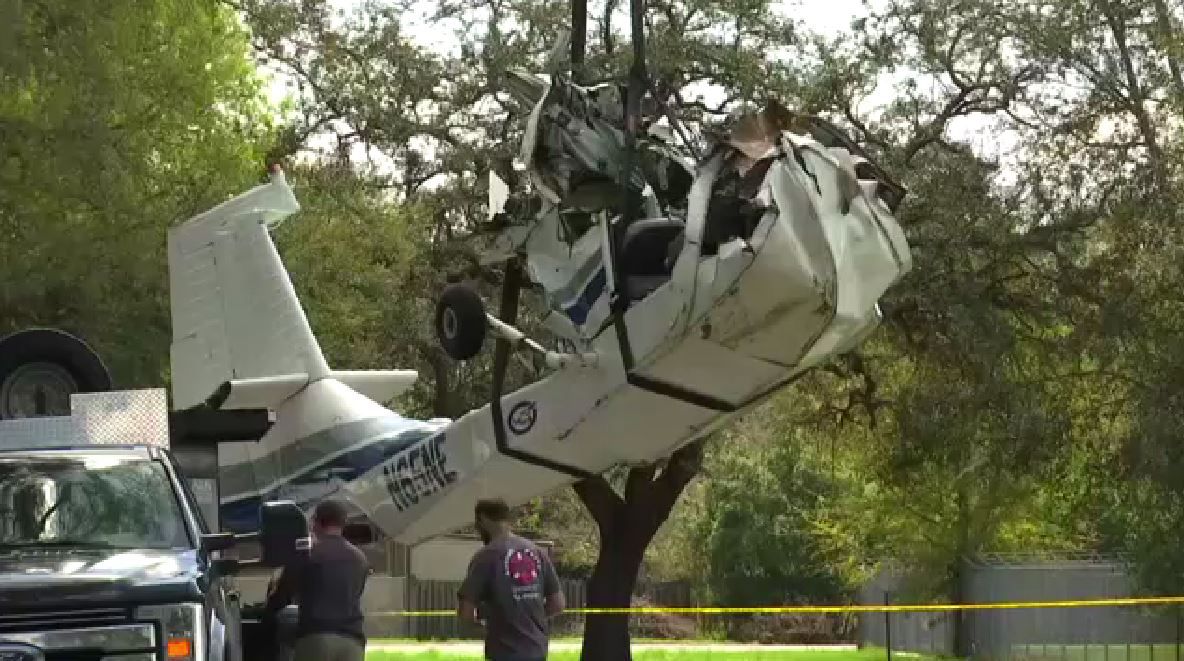 Officials remove a small plane Sunday that crashed into a Winter Haven home a day earlier, killing the pilot. A 17-year-old girl in the home was hurt and underwent surgery Sunday. (Spectrum News)

As Plane Removed From Winter Haven Home, Pilots Reflect on One of Their Own

WINTER HAVEN, Fla. — Investigators and crews worked Sunday to remove a plane from a Winter Haven home — and figure out why it crashed.

James Wagner was flying a trainee Saturday when their small plane crashed into a home on 21st Street NW. Everyone in the home made it out alive, along with the trainee.

Many of Wagner's pilot friends came out to watch the officials work.

"(Wagner) was a friendly guy and very professional. I've ridden with him in airplanes. Very professional pilot. An all-around good guy. Good fella. It hurts real hard. Every now and then, you lose a buddy. (I'm) sure sorry for his wife," pilot Estan Fuller said.

According to the Polk County Sheriff’s Office, a preliminary investigation determined that Wagner, a flight instructor, was conducting a simulated engine failure for his trainee, 33-year-old Timothy Sheehy, in the plane.

Kathryn Sparks said she saw and heard the plane above the hangars but before it crashed into a home adjacent to Winter Haven Regional Airport.

"The engines are loud, so you hear them. It flew overhead, and I kind of glanced up (and) didn’t think too much of it, because they come and go all the time. It hadn't gone very far when all of a sudden it just cut out, and it was dead silence. And then I heard the crash," Sparks said.

Sparks' boyfriend, who also flies out of Winter Haven, knew Wagner, too.

"Jim was a well-known flight instructor. He had a lot of experience, a lot of seaplane experience. He was a member of our flying fraternity, so he was a flying fraternity brother of mine. He was just a real great guy, and it's so sad to see this happen,” Jack Sellet said.

Meanwhile, the family living in the home said Carmelle Ngalamulume, their 17-year-old daughter who was trapped in her bedroom after the crash, was undergoing surgery. They said they're praying she'll be OK.

Her mother and brother were also inside the home at the time of the crash and weren't injured.

The National Transportation Safety Board is investigating, along with the Federal Aviation Administration.

A spokesperson with the FAA said it can take the NTSB up to a year to determine the probable cause of a crash.