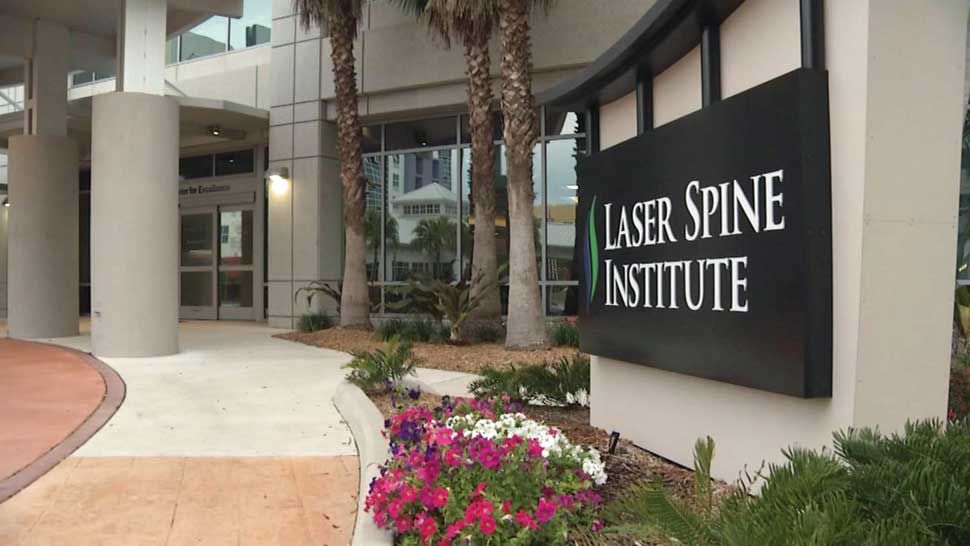 TAMPA, Fla. — Hundreds of Laser Spine Institute employees who were fired Friday after the company unexpectedly shut down are fighting back with a federal lawsuit.

Laser Spine Institute announced Friday their doors were closing, and patients had to find new doctors while former employees have to find new jobs.

So far there have been three federal lawsuits filed on behalf of former employees. One of the filings claims the company violated what’s called the WARN Act because they didn’t notify employees of what was happening until the day the company closed.

“The company shut down without providing the advance notice required by the WARN Act," said labor and employment attorney Ryan Barack, one of the attorneys representing the former employees. "We anticipate that the class will be more than 500 employees and total damages will likely exceed seven million dollars.”

“Under the WARN Act, employees who don’t receive advance notice of the layoff are entitled to 60 days wages and benefits,” Barack explained.

He went on to say as tough as this time may be, it could take years to see any compensation.

“It’s disappointing that employers don’t give employees advance notice when they essentially dump a whole group of people into the labor pool,” Barack said. “The employee should know as soon as the employer knows what’s going on so that they can prepare and their families can prepare, because the economy isn’t necessarily designed to handle this number of employees just getting dumped all at the same time.”

Barack said his firm plans to work together with the other firms who are working with employees to ensure their clients receive the best defense.

Officials from the Laser Spine Institute sent out this statement in response to the lawsuits filed Monday.

“The sudden closing of Laser Spine Institute was an unfortunate and heartbreaking situation.  It’s possible that some employees may not have remembered all of the information that was shared on Friday.  Employees will be paid for the hours they’ve worked and their benefits will be extended according to our normal separation policy.

With respect to the WARN Act, the company’s position is that it’s fully complied with these obligations.  The WARN act notices that have been filed are on file with the state of Florida.  Laser Spine Institute intends to defend itself against these allegations.”