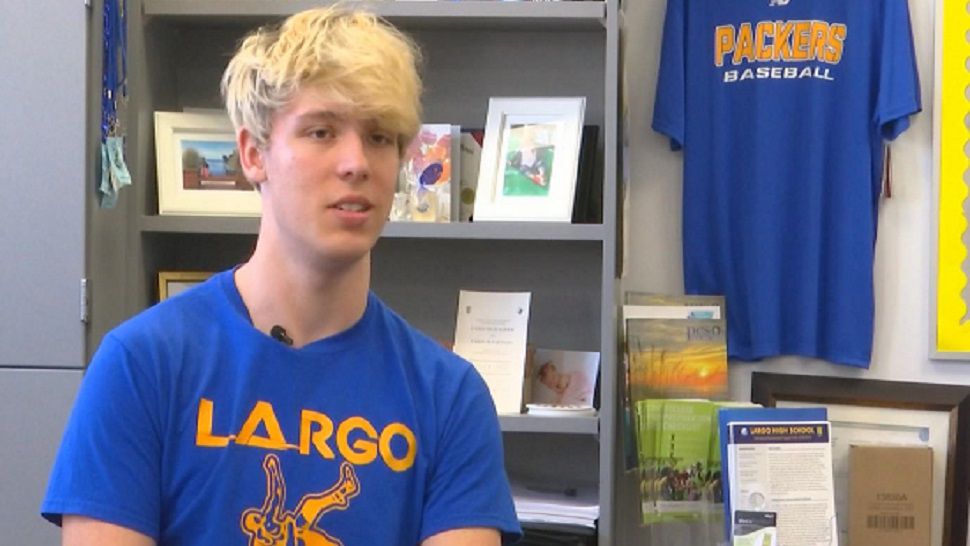 Jacob Harrison, 17, is a junior at Largo High School and he scored a 1600 his first time taking the test. (Spectrum News image)

LARGO, Fla. — A Largo High School student is celebrating a perfect score on his SATs.

Jacob Harrison, 17, is a junior at Largo High School and he scored a 1600 his first time taking the test.

"The SAT is kind of like a puzzle," said Harrison. "They ask all the questions in similar ways so you can kind of recognize what kind of question they’re asking and what they’re looking for."

Less than one percent of students who take the test score a perfect score. Harrison says he wasn’t expecting to score that high, but he was confident leaving the exam.

When he heard about the national college admissions scandal, which was announced earlier this month, he says he was shocked.

"At the end of the day, your SAT score matters but it’s really not the end all be all. A lot more things in life matter more than your SAT score," said Harrison.

Harrison not only excels in academics. He's also  captain of the math team, vice president of the Science Olympiad team, he’s on the wresting and swim teams, and he volunteers as a tutor.

His latest goal is launching a new tutoring program with a friend.

"It’s a medium for people to be able to get cheaper tutoring and also for students to have decent paying jobs," said Harrison.

He says they will start tutoring through the program soon.

Harrison also has big plans for college. He’ll begin applying to schools in the fall and he wants to major in statistics, and go on to earn his MBA