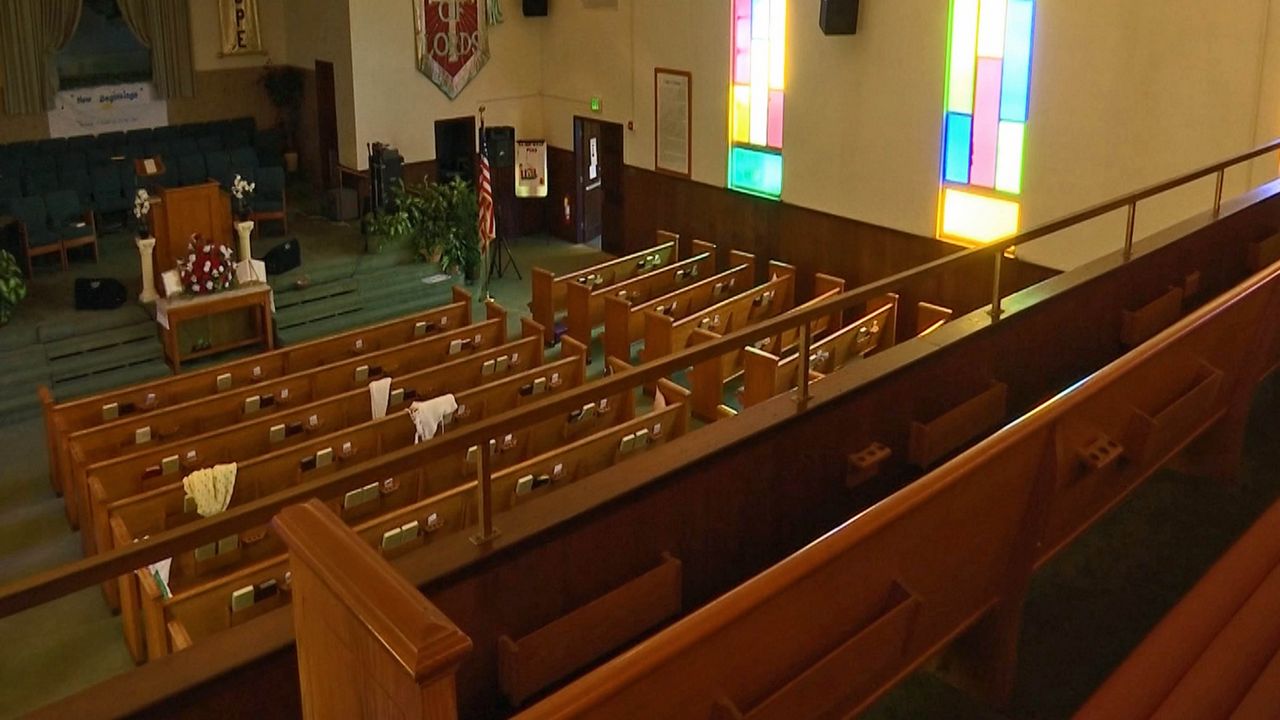 BREVARD COUNTY, Fla. — Linda Crandall says she remembers the days when churches were considered a safe space for families and children, and a place to support one another. But recently, they are increasingly becoming targets of threats and shootings.

Linda Crandall is the pastor’s wife at Clearlake First Baptist Church and says about six months ago, someone decided to put the church on high alert.

“They were sending e-mails out that this church would be targeted. That day we locked the doors down. We also had people show up that we weren't sure about,” Crandall said.

Also experiencing a similar scare is Robert Clark who works for Space Coast Christian Academy and Bethel Baptist Church. He says what seemed like a normal service took a scary turn after a man threaten to shoot up the place, even though the police arrived and took them man away. He explains the experience changed him.

“He came and sat in the back, during the service he got belligerent, back there he threatened to shoot somebody and threatened he was going to get a gun,” Clark said.

Monday the bill is on the agenda at the criminal justice committee. If the bill gets the votes necessary, it will take effect on July 1.

Even though bringing concealed weapons into a church is legal, under current law, citizens with concealed carry permits are not allowed to carry on the property of a religious institution during services or events if the property also serves as a school during the week.

Florida State Statute 790.06 lists places you are not allowed to bring a concealed carry, if you have a permit. That list includes schools, government buildings, law enforcement agencies, professional sporting events, airports, and anywhere that serves alcohol.

Brad Hall says he supports more places having concealed weapons, especially schools that have churches. He goes to church regularly with his family and feels safer knowing responsible people are allowed to bring concealed weapons to protect the congregation.

“We’ve seen some radical folks. Once the church was supposed to be a sanctuary where you could come and be free from any crime. More and more people are coming and doing bad things, now they seem to be targeting places of religion,” Hall said.

In part it reads: “The bill passed with the overwhelming support of the majority of the Committee Members who recognized the importance of this bill in allowing our citizens to stand as the first line of defense for them, their families, and those around them during a violent incident … “