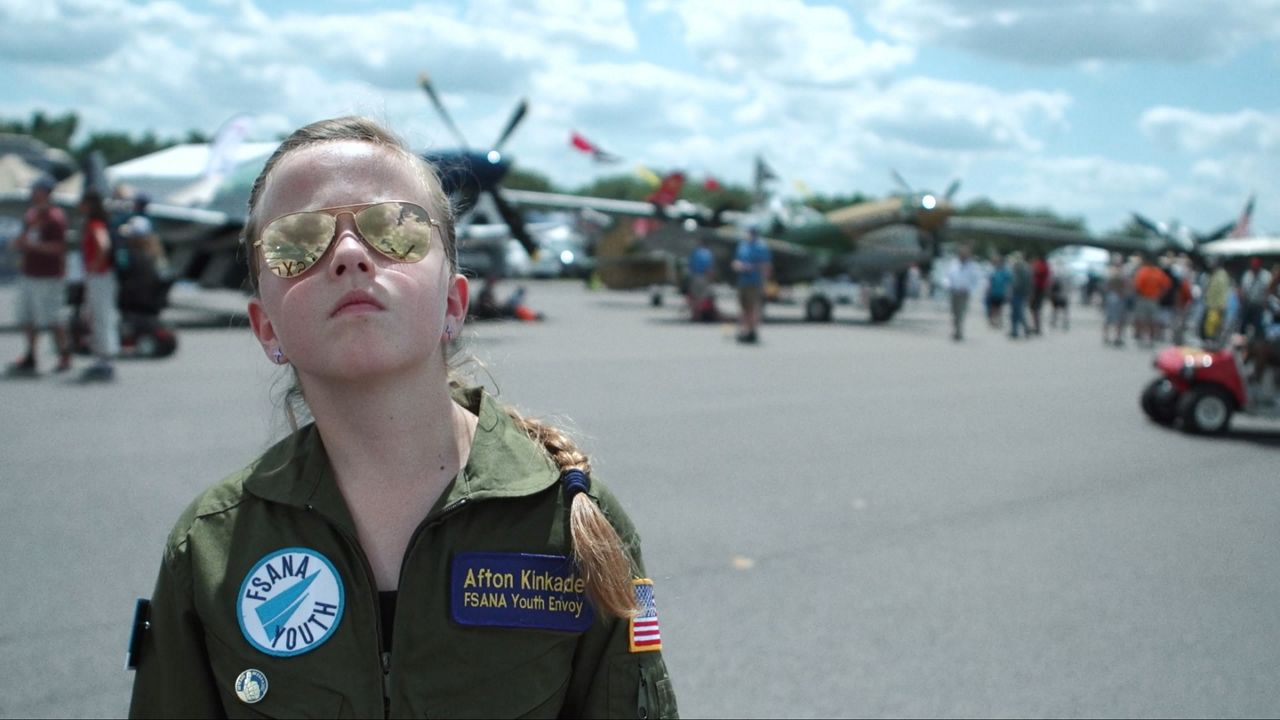 Katie McEntire Wiatt's debut documentary, "Fly Like A Girl," talks about women in aviation past and present. It shares the stories of successful pilots and astronauts. (Courtesy of Indie Atlantic Films)

LAKELAND, Fla. — Aviation inspired a Lakeland woman to switch careers from being a teacher to a filmmaker.

Katie McEntire Wiatt’s debut feature-length documentary, Fly Like A Girl, talks about women in aviation, both in the past and present. It shares the stories of successful pilots and astronauts.

“This moment is just overwhelming. We are really excited to finally get the film out there,” Wiatt said.

She directed the documentary while working with Indie Atlantic Films. Wiatt said seeing national aerobatic champion Patty Wagstaff perform at the annual Sun ’N’ Fun International Fly-In & Expo almost a decade ago gave her the idea for the documentary.

“I was just really struck with her skill and what she was accomplishing, so I started researching a little bit more about her,” she said. “I realized I didn’t know much about it and so certainly there had to be other people out there who didn’t know much as well. I wanted to make a documentary to tell people about what women are doing today and what women have done in aviation history.”

Wiatt said it took about three years to work on the documentary.

“We interviewed a 95-year-old woman who was one of the Women’s Airforce Service Pilots in World War II. We also interviewed NASA astronaut Nicole Stott. She’s a retired astronaut now. We interviewed Patty Wagstaff,” Wiatt said.

The film also includes the stories of female pilots in the military.

It’s being shown at film festivals across the country, including the Sunscreen Film Festival in St. Petersburg on Friday, April 26, at 4:15 p.m. at the AMC Sundial Theater.