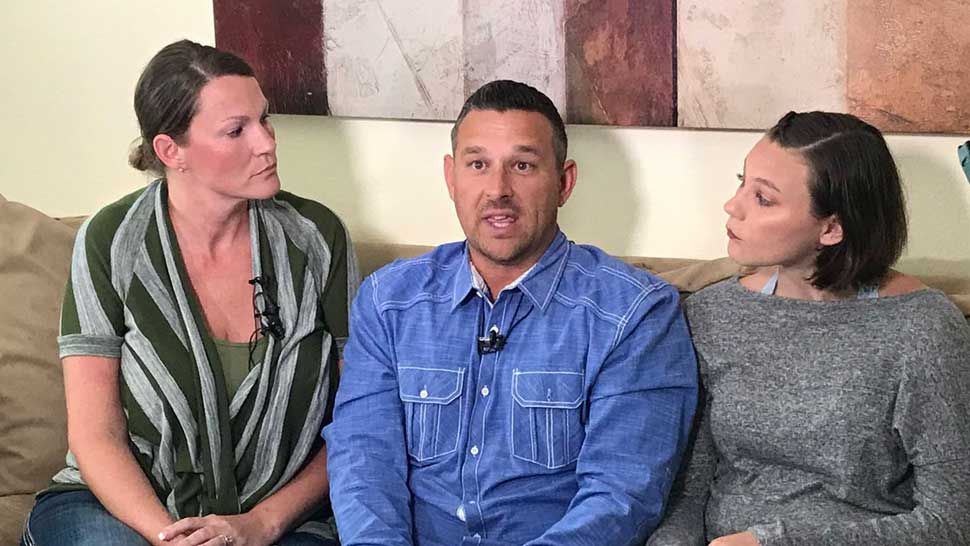 Left to right: Erin and Jared NesSmith are suing JUUL labs and two major tobacco companies to push for change in how the companies market their product and to raise awareness among parents regarding use of the product in schools. (Angie Angers/Spectrum Bay News 9)

Family Sues JUUL After Daughter Gets Hooked on Vaping Device

SARASOTA, Fla. — A Sarasota couple is taking on JUUL and two major tobacco companies after they say their daughter became addicted to the e-cigarette.

Jared and Erin NesSmith say their 15-year-old daughter Ashlyn began vaping after she was exposed to JUUL by friends at school.

After that exposure, they say she frequently missed classes to vape in the restroom and quickly became addicted to the product.

Ashlyn now suffers from seizures, which the NesSmiths say is a possible side effect of nicotine use.  She had to withdraw from school for the time being due to the medical condition.

The NesSmiths are suing JUUL as well as two tobacco giants. The 38-page class action lawsuit claims that JUUL purposely targets teens through flashy advertising and fruity flavors. The sleek vaping devices, they say, make it hard for parents and teachers to spot the product.

"She did not know there was nicotine in it," Erin said. "It wasn't until later that she realized because she was having those urges to constantly have it."

Both parents say they tried every disciplinary technique to get Ashlyn to stop using JUUL. They decided to move forward with the lawsuit, they say, to raise awareness that the product is being used in schools and push for a change in how the company markets their products.

We reached out to JUUL regarding the lawsuit and received this statement from spokesperson Ted Kwong.

"JUUL Labs is committed to eliminating combustible cigarettes, the number one cause of preventable death in the world. Our product is intended to be a viable alternative for current adult smokers only.

We do not want non-nicotine users, especially youth, to ever try our product. To this end, we have launched an aggressive action plan to combat underage use, as it is antithetical to our mission. To the extent these cases allege otherwise, they are without merit and we will defend our mission throughout this process."

The company states in their action plan that they support legislation that would make it so only customers over age 21 could purchase their product.

One JUUL cartridge contains the same amount of nicotine as a pack of cigarettes.