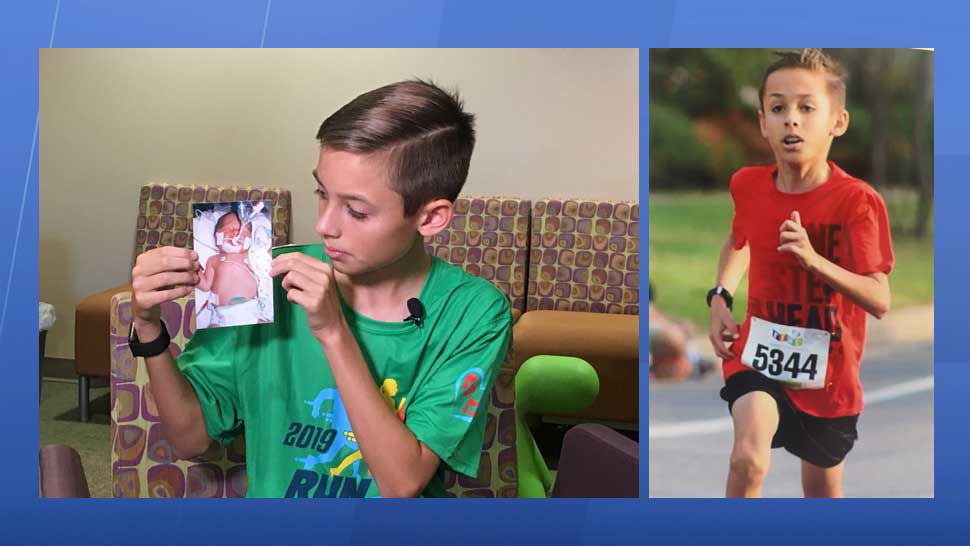 ST. PETERSBURG, Fla. — A 13-year-old who as a newborn spent weeks at Johns Hopkins All Children's Hospital fighting for his life is now set to run in an annual race to benefit the hospital.

Born prematurely, Brendan Roper spent a lot of time in the hospital's NICU years ago.

"His lungs had collapsed, so they had to get the pressure out of his lungs and get the fluid out of his lungs," said Brendan’s father, Jay Roper. "He’s got 14 tubes sticking in him, and all these pumps and doctors and nurses and everybody’s there 24/7."

In the hospital for weeks, Brendan would eventually make great strides.

"I'm always focused," Brendan explained. "I always am prepared for it and when I go race, I’m just locked laser-focused, so I just go out run with my heart."

Now with strong lungs, the eighth grader has his focus set on the “Run for All Children," the annual race benefiting the hospital that helped save his life.

"It’s an incredible feeling to be standing in that starting line, turn around, look at the kids, wave at the building," said Brendan. "Miraculous that my lungs just came back, and I can run to my full potential."

The race marks a milestone in many ways.

"It means a lot to our family," Roper said.

"I just want these kids to get better, because I know they can," Brendan said.

"We’re just thankful, and we just hope that his story can be an inspiration to other families who are in the same situation that we were in 13 years ago, because there is hope and every child has a gift to give," Roper said.