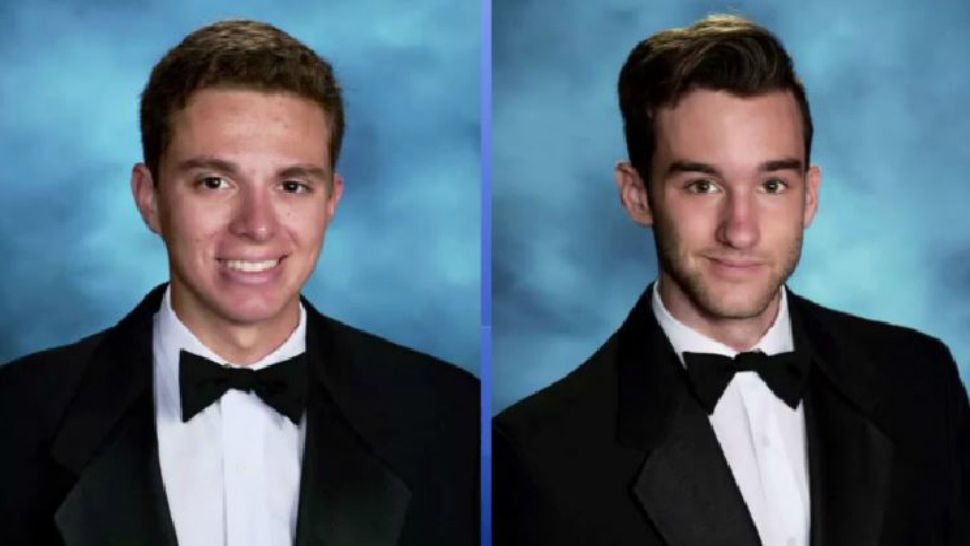 BRADENTON, Fla. — Many of the students at Southeast High School in Bradenton took their final exams wearing Hawaiian shirts on Tuesday.

Around 1 p.m., dozens of white balloons were released from the school's courtyard and swept into the air.

It was all to honor two recent graduates, Zachary Morris and Albert Ales, who were killed in an accident in Peru on Friday.

The two young men were best friends and had just graduated from the school's International Baccalaureate program.

While studying at Southeast High, the two started the school's "Floral Friday" tradition, which encouraged their classmates to wear Hawaiian shirts to finish off the week.

"We all love them and we're heartbroken right now," said teacher Cheri Greenhalgh.

"We have a group of very very emotional students that have realized they lost a friend, well two friends, and it's something parents should not have to do," added Nan Sisemore, their former English teacher.

Both Morris and Ales took off for their trip to Peru late last week to celebrate their high school graduation.

The two lost their lives after a bus crashed into the scooter they were riding on during the first day of the trip.

Zach had plans to attend Yale this fall, while Albert was planning to attend UCF.