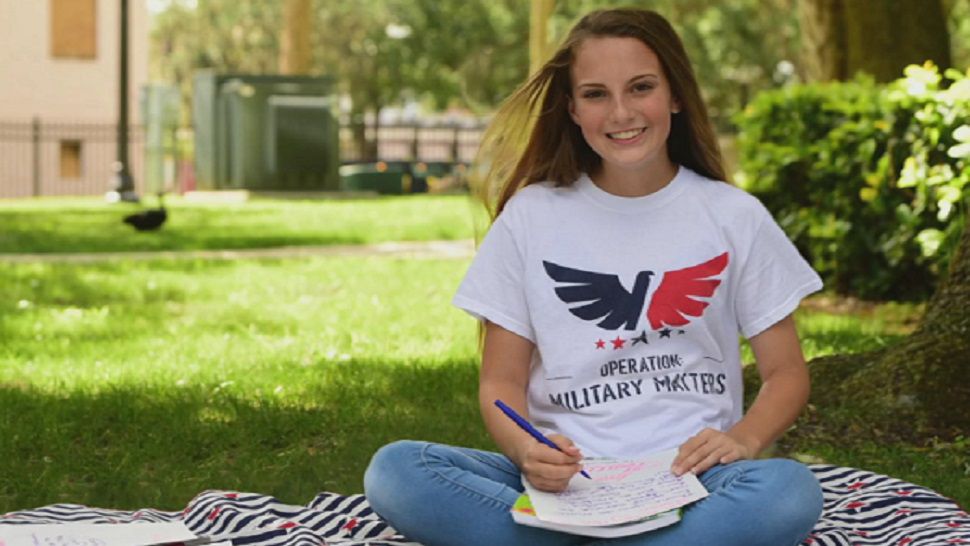 ST. PETERSBURG, Fla. — It was a special Memorial Day for a young girl in Pinellas County.

Seventh-grader Graci Tubbs spent the day honoring the military men and women who gave their lives for their country. But she also is doing more for the current military members serving now.

Tubbs has plenty on her plate, with the organization she started with a teacher three years ago.

"She assigned us this learning project to do," she said of the assignment. "Which is something to help the community and the world in a big way."

And there also was this:

"There was a Veteran's Day assembly at our school and they (the veterans) said they didn't feel appreciated when they were in Vietnam," Tubbs said. "And I was like 'our military is doing so much for us, we have to help them' "

And so Operation: Military Matters was born.

The group sends out care packages to members of the military overseas. Thanks to the genorosity of supporters, more than 1,800 packages have been sent since the group was created. Another 1,200 will go out this year.

Tubbs also speaks to civic orgnizations and at military events.

The feedback has been great, with cards and letters of thanks from many soldiers. Former presidents George W. Bush and Barack Obama also have sent words of thanks to Tubbs.