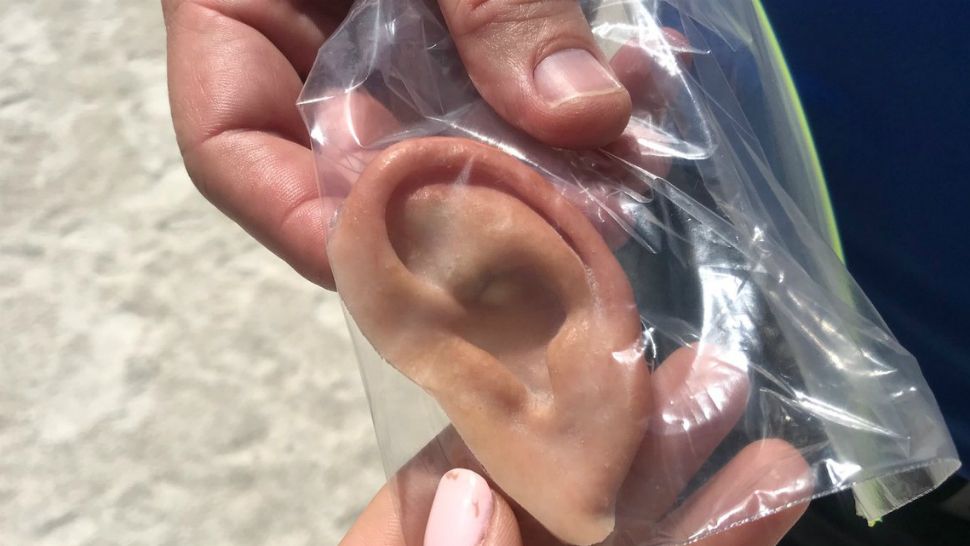 A prosthetic ear was recently found by a beachgoer on the West Coast of Florida. Holmes Beach Police said the owner, from South Carolina, has contacted them. (Angie Angers/Spectrum News)

HOLMES BEACH, Fla. — A case involving an ear found on a Florida beach has been solved.

A prosthetic ear was recently picked up and placed into a plastic bag by someone who stumbled upon it at Holmes Beach on the West Coast of Florida. Then it was handed over to a detective with Holmes Beach Police.

On Thursday, police said the owner of the ear contacted them.

Police will mail the ear back to the man, who lives in Beaufort, South Carolina.

"It was just on the sand; it wasn't buried," Holmes Beach Police Chief William Tokajer said.

The ear didn't have any type of identification number on it.

Detectives contacted numerous prosthetic companies that make ears, hoping that maybe someone had reported one lost and could lead them to the rightful owner.

Chief Tokajer with @HolmesBeachPD says there is no serial number on the ear, but they’ve contacted prosthetic companies that make these to see if anyone has reported theirs missing @BN9 pic.twitter.com/71qTxoDorg