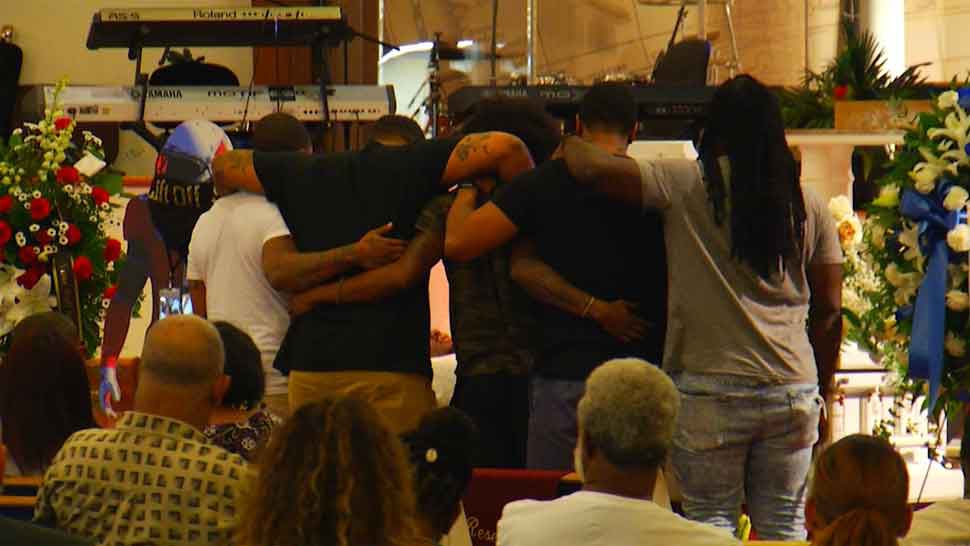 Family and friends of Eric Patterson Jr. gathered for a wake to honor Patterson's memory on Friday, June 21, 2019. Patterson was killed in his home on June 8. (Stephanie Claytor/Spectrum Bay News 9)

TAMPA, Fla. — While Tampa Police continue their investigation into his murder, family and friends of former NFL player and Plant High School football star Eric Patterson gathered for a wake Friday evening, to remember Eric and to ask for strength as they wait for justice.

Patterson Jr. was shot in his home on June 8. Tampa Police investigators said his roommate saw the shooter, but hasn’t been able to provide a detailed enough description for them to make an arrest.

Meanwhile, his family gathered at The Center for Manifestation to once again honor his memory.

“I’m still trying to get why would you kill him? Why would you come to his house and kill him? I don’t get it,” said his sister, Javonica Patterson.

His short stint in the NFL, his time playing football in college, his jokes, those are the things Javonica chooses to remember.

“He always had me laughing. He was very goofy. He would keep you laughing at all times,” she told us.

It hurts her to reflect on the fact that his daughter won't get to see him alive again, and his newborn will never know him at all.

“She’ll never know her father, all because someone killed him over nothing,” Javonica said.