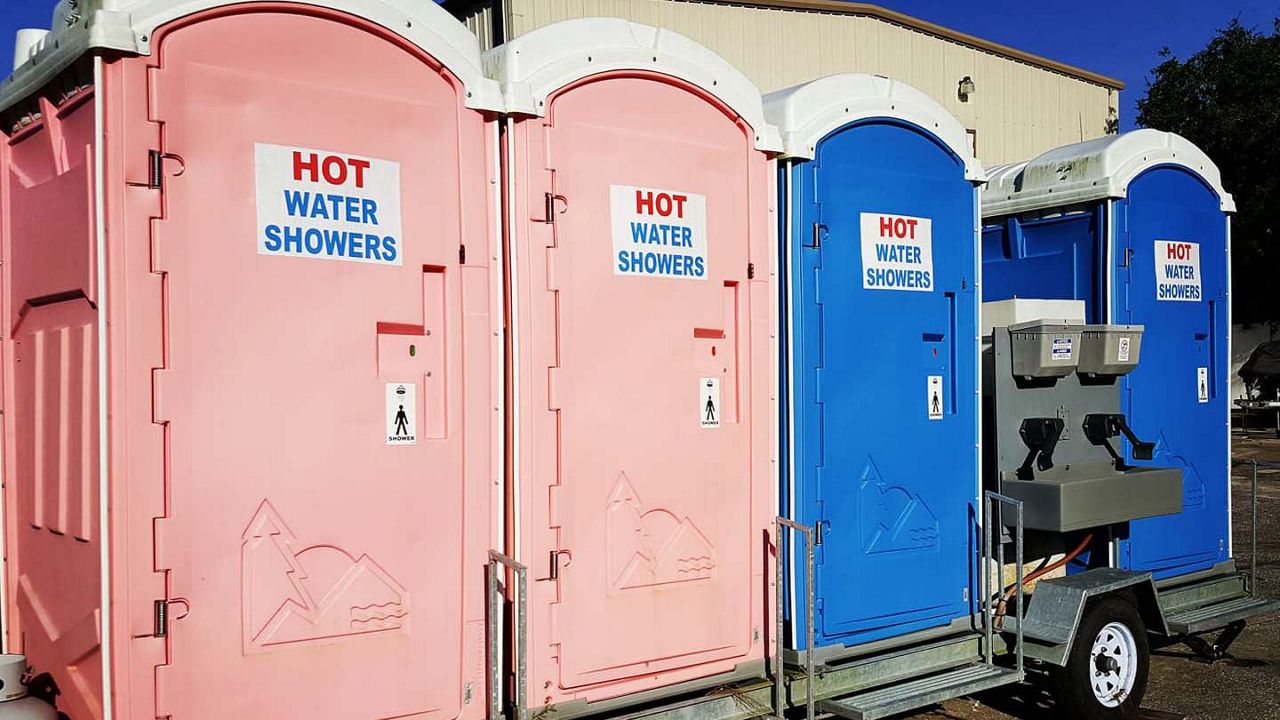 Mrbubblez Inc. — a non-profit that brings portable shower facilities to a number of locations. (Courtesy of Mrbubblez Inc. Facebook page)

HILLSBOROUGH COUNTY, Fla. — Marcia Hall, a stage four colon cancer survivor, is helping others through their struggles in life, including basic needs like taking a shower.

Hall has been working with the Bay Area's homeless population for over a decade and a few years back a woman asked her if there was a place available where she could shower.  Unfortunately, Hall had to tell her there really wasn't.

"With that burning in my heart after she left I said, 'What can I do?' A shower. How simple can that be, and God showed me a vision to have a mobile unit where we can take the service out to them," she said.

With that revelation came Mrbubblez Inc. — a non-profit that brings portable shower facilities to a number of locations.

"We also provide them with clothing and clean and new underwear. Not used but new underwear and socks, and a hygiene package," Hall said.

For Hall, the two most important words describing Mrbubblez aren't soap and water, but rather dignity and respect.

"I really want the community to see the homeless as human beings because they are. Just because of their situation doesn't remove their emotions. They still cry, still have desires. They still have a need," she said.

That passion Hall has to fill those needs is what makes her this week's Everyday Hero.