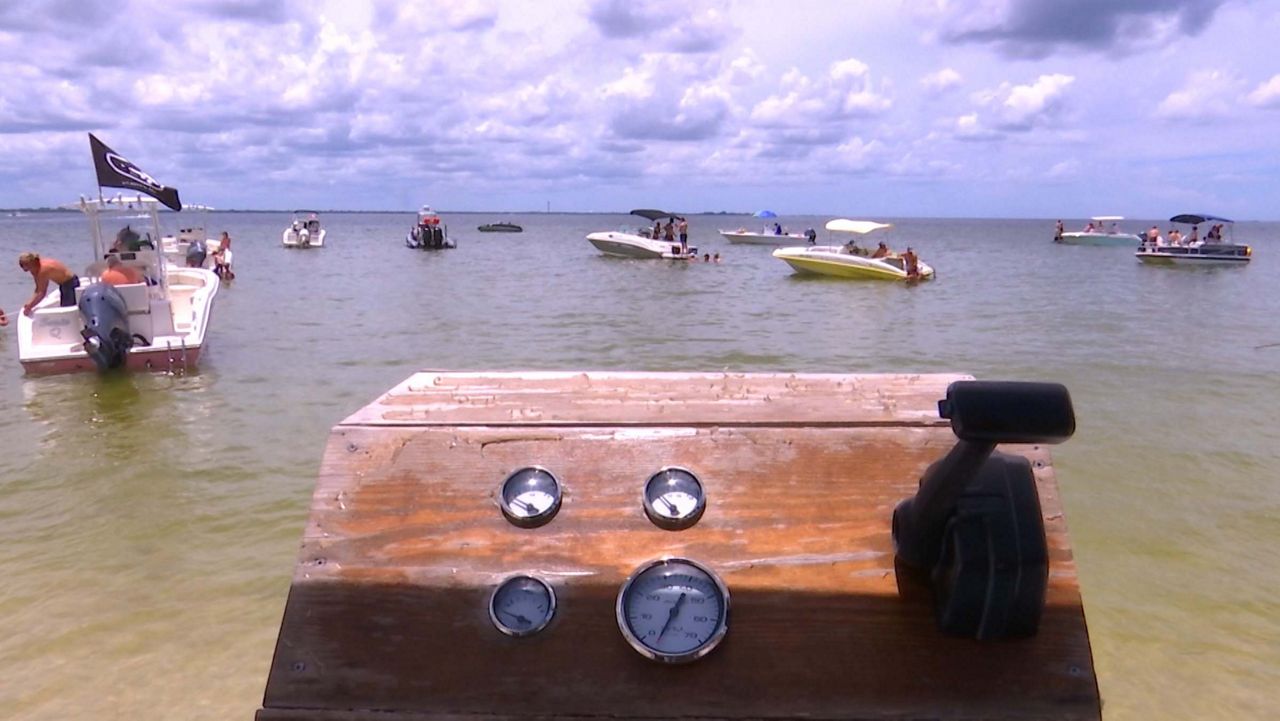 After a long and expensive legal dispute, the code enforcement board dismissed the violations against Beer Can Island on Friday. (Gabby Arzola/Spectrum Bay News 9)

“It was really deflating when you’re trying to do something nice,” co-owner John Gadd said.

Gadd and his business partners were hit with a 14-page citation from Hillsborough County Code Enforcement, saying they were in violation of things they are still uncertain about.

“It said you’re violating something in these 14 pages but it never defined what we were in violation of,” co-owner Cole Weaver explained.

After installing a tiki bar and stage, and making it family friendly, they soon felt underwater with expensive and vague zoning citations that they didn’t know how to fix.

“Potentially us being shut down for two years with the possibility of never opening back up and closing the island,” Weaver said.

After a long and expensive legal dispute, the code enforcement board dismissed the violations on Friday.

Now, the owners hope to further improve the island, without zoning issues.