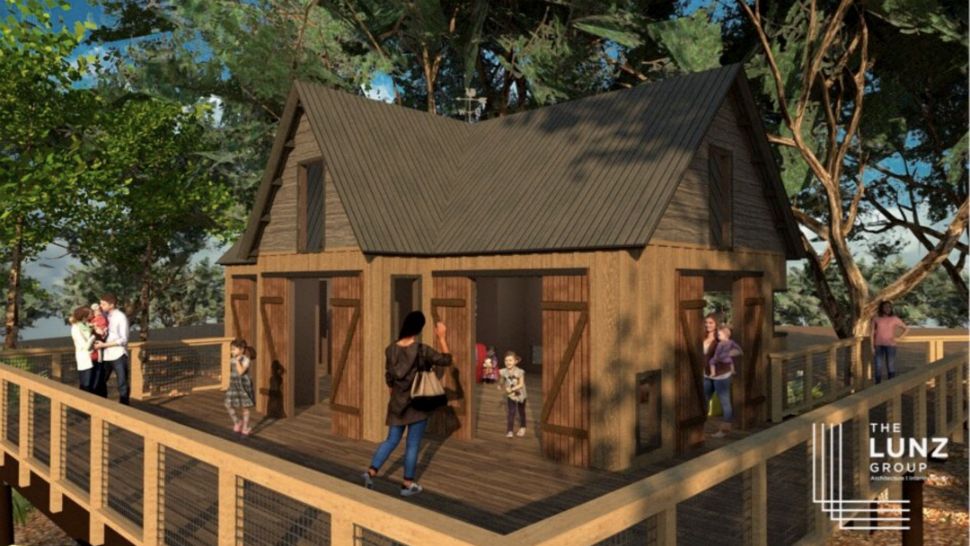 The park's amenities include a great lawn amphitheater, a children's museum, botanical gardens, event spaces, a massive tree house for children and miles of walking and bicycle paths among other things. (Artist rendering)

Fundraising Effort Under Way for Bonnet Springs Park in Lakeland

LAKELAND, Fla. — Leaders of the privately funded $100 million Bonnet Springs Park in Lakeland are kicking off a major fundraising campaign. They hope to raise $25 million from the public.

The park is now under construction on a former CSX rail yard off of Kathleen road just to the west of downtown. Its 180 acres will feature many amenities for visitors of all ages. They include a great lawn amphitheater, a children's museum, botanical gardens, event spaces, a massive tree house for children and miles of walking and bicycle paths among other things.

The Barnett family, with ties to Publix, has donated most of the money to make the park possible but leaders are hoping for lots of donations from the public. There are naming rights available for lots of the park's features.

The park will be finished even if all the public money isn't raised right away according to Tinsley. "We will build the park. We'll have to have a bridge loan if that happens to figure out the financing package. But our group is so committed we are going to make this happen."