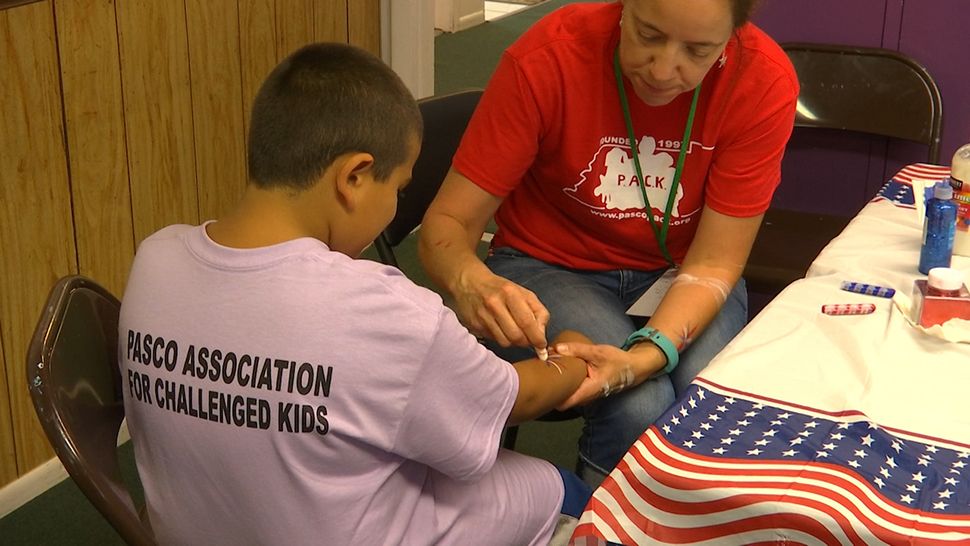 PACK Camp is the only camp in Pasco County that takes in kids with severe disabilities during the summer. (Tim Wronka/Spectrum Bay News 9)

PACK Camp Back in Session in Pasco County

PACK, which Pasco Association for Challenged Kids, is the only camp in the county that takes in kids with severe disabilities during the summer.

When Paula and Barry Cohen started PACK Camp 22 years ago, they never thought it would last this long.

"It hasn't changed all that much," Barry Cohen said.

More than two decades later, PACK remains the only camp in Pasco County that takes in the kids others won't.

"We take the kids who aren't potty-trained, who aren't verbal, who can have aggression and seizures," Paula Cohen said. "This is why they can’t go anywhere else. There's a lot of needs that have be taken care of."

The Cohens started the camp in 1997 for their son with autism. Since then, they've been able to get state grants to keep costs low for families.

Some campers have been coming for years and still come as adults, looked after by a fully certified staff.

The Cohens hope to keep the camp going as long as they can because of the big need for it.

"I still think Pasco needs to step up a little more with their services," Paula Cohen said. "We're capped at 38 kids. And I've had kids we need to turn away and it breaks my heart."

They hope one day those campers have more options. Until then PACK Camp will be there.

The camp is a nonprofit and relies on donations and grants for funding.

If you'd like more information or to help out, visit pascopack.org.