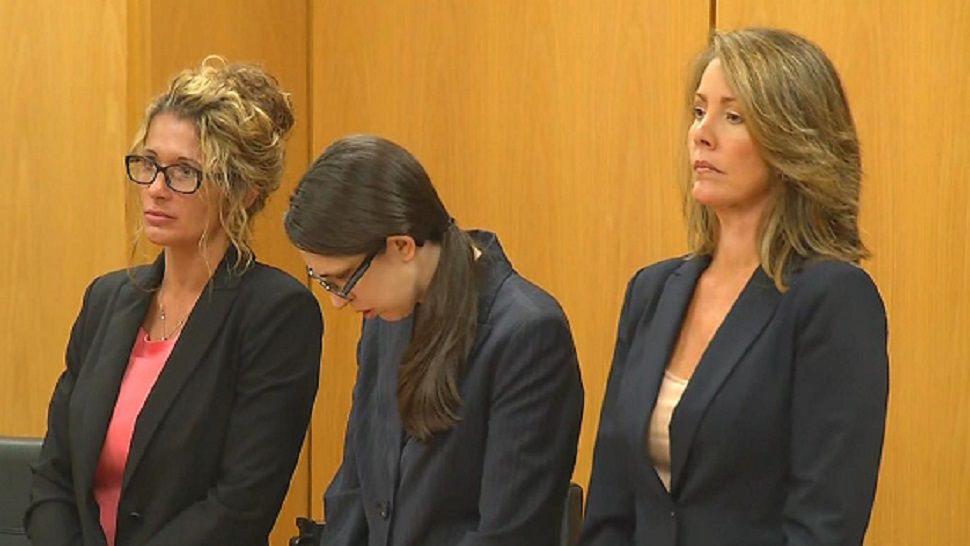 Cheyanne Jessie (center) is the Lakeland woman charged in the killings of her father, Mark Weekly, and 6-year-old daughter Meredith in 2015. (Spectrum News image)

Cheyanne Jessie Found Guilty Of Killing Her Father And Daughter

LAKELAND, Fla. — Cheyanne Jessie has been found guilty on two counts of first-degree murder in the deaths of her father and 6-year-old daughter.

It took the jury less than three hours before they found Jessie guilty of shooting her father Mark Weekly to death and fatally stabbing her daughter Meredith in 2015.  She was also found guilty of tampering with evidence in the case.

Jessie is facing the death penalty.

Throughout the trial Jessie always slouched with her head down and never showed any emotion.

As the verdicts were read, her reaction remained the same — emotionless.

Jessie had reported the two missing before their bodies were found in a neighbor's shed.

At the time of Jessie's arrest, detectives said the motive for killing her daughter was to appease a boyfriend who threatened to break up with her over the child's behavior.

The next phase of the trial is the penalty phase.  Testimony on that will start this afternoon and the state will be seeking the dealth penalty.

They hope to have all of the penalty phase testimony wrapped up by Friday.