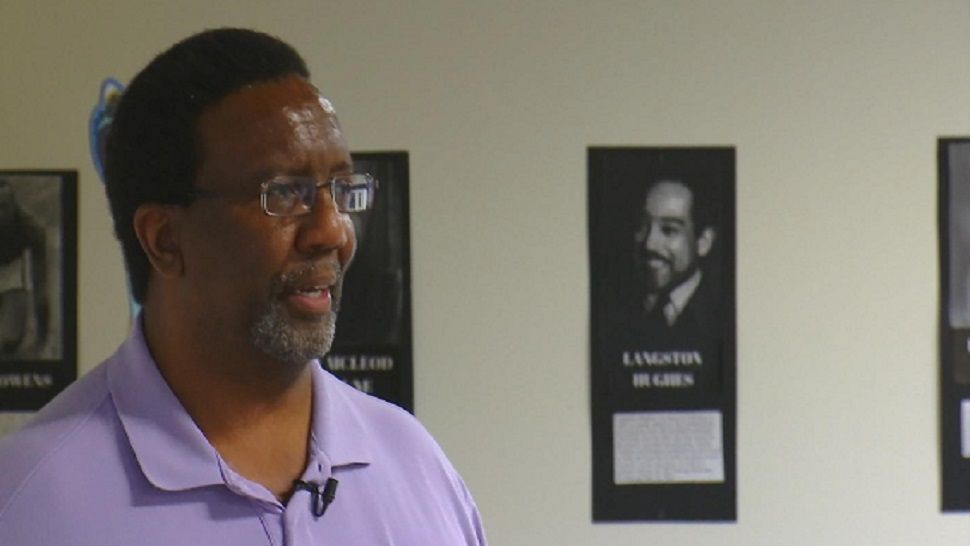 TAMPA, Fla. — It may be 2019, but a typical day in Chuck Moore’s history class takes students back to the 1970s and something called "Watergate."

Moore's junior and senior students at Brooks Debartolo Collegiate High School studied one of the most turbulent times in US History for several weeks and have become subject matter experts- well almost.

“So does anyone remember the name of the guy who was testifying and said Nixon knew about the Watergate break in,” he asks his students.

Several hands go up in the air… almost in unison. “John Dean!”

Coming from a single parent home, Chuck says he got lots of help from his teachers. That’s one of the reasons he decided to go into teaching even though those around him thought it was a huge mistake.

“People told me- Oh you are crazy for being a teacher.  You’re not going to make any money being a teacher.  But I said no!”  It’s not about the money—it’s about me passing it forward.  A lot of people helped me along the way and now I want to help my students make it in the world.”

That’s why Chuck is so passionate about making his classes as engaging as possible. He uses computers, historical videos, text books and interaction to make the past come alive and challenging.

“When I was in high school and middle school it was so boring.  I would do my work but I just wasn’t into it.  These kids are so much smarter than I was so I have to make sure they are being stretched and really learn the material, not just repeat it back.”

Add to that Chuck’s great sense of humor on display every day in his classroom.

“They did a survey here last semester to see who was the funniest teacher at Brooks Debartolo and guess what?   I won,” Chuck laughs as his students start clapping for him.

“ I think he is resilient, hardworking and he always puts a smile on his face no matter what the day brings.   I just like that about him,” says Junior Julianne Trice.

“Even if you don't like history,” says Cory Hickman. “You can talk to him about anything and he will always be there for you.”

Chuck’s principal, Kristine Bennett, says he pours everything into his students.

“If there is a student struggling personally, emotionally, socially, he is there for them.  He also helps many students with financial assistance.  He does a lot out of his own pocket to help families in need. He wouldn’t have to do that but he does.”