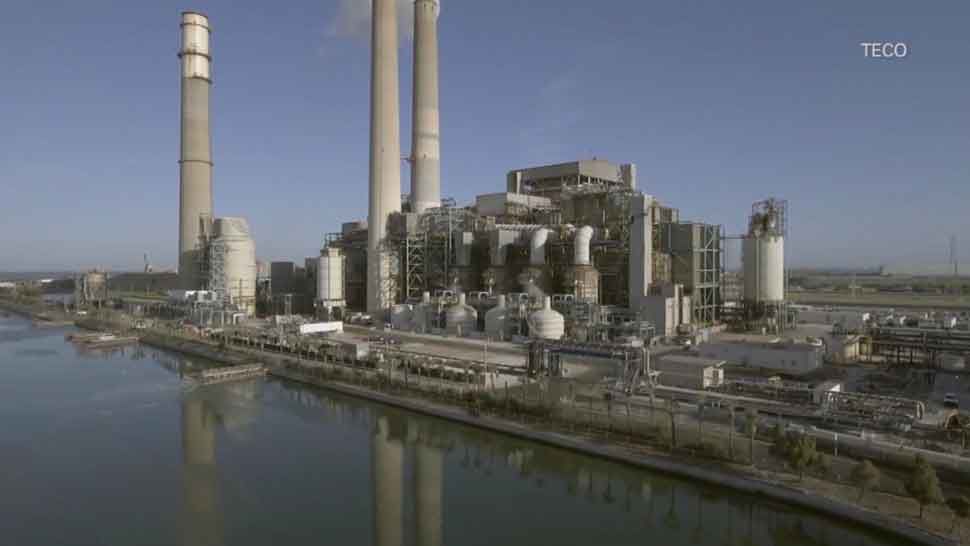 TAMPA, Fla. — Construction at Tampa Electric Company’s Big Bend power plant in Apollo Beach is now up and running just days after Gov. Ron DeSantis signed off on a proposed project that environmentalists insist will lead to more coal burning at the facility.

“It is an $850 million project that will take four years and it will affect two of the units at Big Bend,” said TECO spokesperson Cherie Jacobs. “This modernization project will make it so that coal is no longer an available fuel for that unit.”

Jacobs says the renovation project will phase out one of the coal burning units and replace it with one that only burns natural gas. The goal, she says, is to eventually stop burning coal altogether.

“When they come back on line, TECO is going to be burning coal with a passion,” Bailey said.

According to a 10-year site plan report TECO filed with the state public service commission, the utility expects to burn 835,000 tons of coal in 2019.

When asked about the site plan, Jacobs called it “a forecast which is subject to change” and insisted the strategy is to move away from coal.

We shared that information with Bailey, who remained steadfast in his opinion on where the project was leading.

“What you've told me just now is not consistent with what TECO has told the public service commission," he explained.

Bailey went on to say his organization will continue to seek action to stop the project from going forward.

TECO, on the other hand, says it will move forward with the renovation and will keep residents in Apollo Beach apprised of every development.