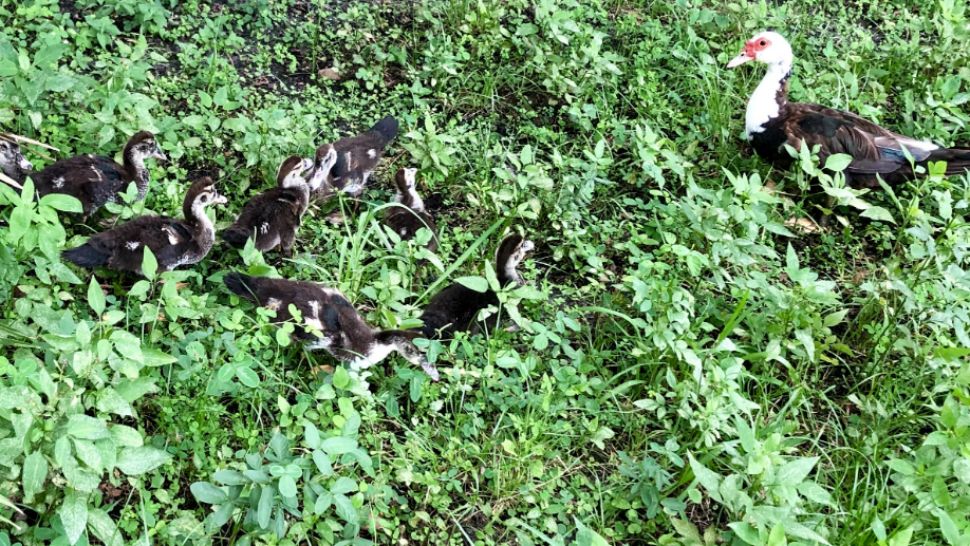 A mother duck could be seen in the area Monday with eight ducklings following her. Spectrum Bay News 9 tried to contact the suspect, but nobody answered the door. (Josh Rojas/Spectrum News)

LARGO, Fla. — A Largo man slowed down for a speed bump, then quickly accelerated toward nearly a dozen ducklings playing in a shallow puddle in the middle of the road and intentionally ran over three of the birds, according to police.

"It was very upsetting," witness Lily Simmons said of the Sunday night incident. "Especially, to the children because they just totally freaked out."

Police said it happened at 7:58 p.m. in a mobile home park located at 7501 142nd Ave. N. in Largo. Two of the ducklings died at the scene and a third was taken to a vet hospital with broken bones.

"My daughter comes running over to the porch carrying one of the ducks bleeding all over the place," said Simmons. "I'm just hoping that that one little duck is going to be OK."

James Clairmont, 56, was arrested on a felony animal cruelty charge. Clairmont told police there were never any ducklings in the road but was unable to explain the blood and feathers on his tires, according to the arrest report.

"How are you going to say that you didn’t see the ducks?" asked Simmons. "The truck did slow down for the people but then after he went over that speed bump he sped up and plowed right into the ducks in the middle of the road." Police noted that Clairmont appeared to be highly intoxicated two hours after the incident with slurred speech and an odor of alcoholic beverages emanating from him.

Clairmont was released from the Pinellas Jail on a $5,000 bond on Monday.

Spectrum Bay News 9 tried contacting Clairmont at his mobile home located one street away from the scene, but nobody came to the door.

However, a mother duck could be seen in the area with eight ducklings following her.