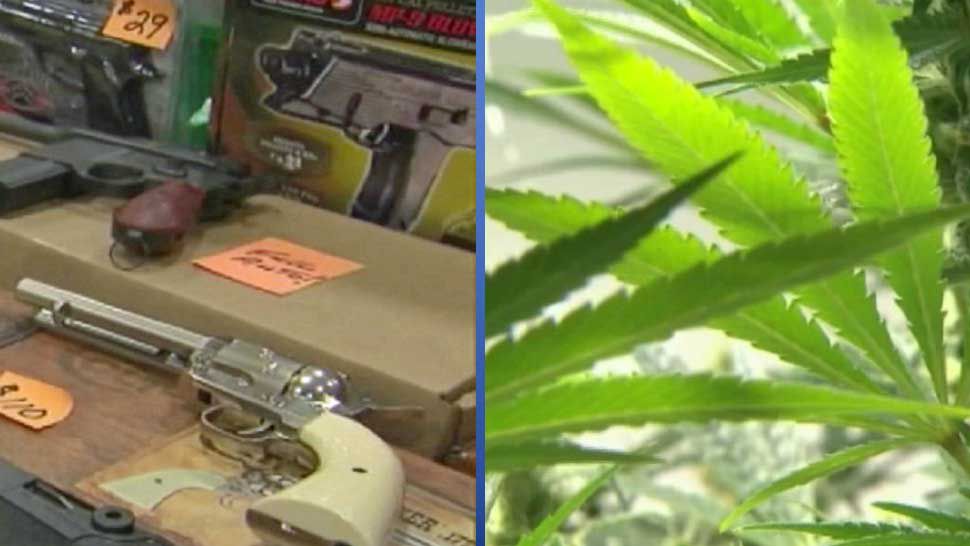 If You Use Medical Marijuana in Florida, You Can't Buy a Gun. Here's Why.

HILLSBOROUGH COUNTY, Fla. — As an increasing number of people begin to use medical marijuana in Florida, would-be gun owners who use it should beware.

While their prescription is now legal by state law, on a federal level, medicinal marijuana is still considered an illegal drug, and being honest about using it could prevent you from purchasing a gun.

To buy a firearm, everyone has to fill out Form 4473, a Firearms Transaction Record.

Written clearly under section 11.e. it reads, “Warning: The use or possession of marijuana remains unlawful under federal law regardless of whether it has been legalized.” That means even though medical marijuana is legal in Florida, it does not matter when it comes to buying or owning guns.

“The problem with any of these political fixes is there is no quick fixes,” said attorney and longtime gun owner Mark Tischhauser.

Tischhauser has owned guns for the last 30 years. We asked him if people are upset over this federal law superseding state law.

“I don’t think they are upset about it yet, because they haven’t really recognized the effect of it,” said Tischhauser. “Where they will start getting upset is when they start getting charged criminally, when they end up having gun applications to purchase guns rejected if they tell the truth.”

However, ATF Tampa Assistant Special Agent in Charge Craig Kailimai told us that while technically they can federally charge people who use medical marijuana and own a gun, law enforcement will need to show a true threat of violence for charges to most likely come.

“In most cases they are nonviolent, it’s not really going to reach ATF or the federal government at that point,” said Kailimai.

But strictly speaking, the law is clear. If you say you use medical marijuana, federal law prohibits you from owning a firearm.

“Yes, that is correct, the federal law has not changed, so you are in violation,” said Kailimai.

This means simply that gun owners do need to choose between medical marijuana use or gun ownership — they can’t have both.

For concealed carry permits, the Florida Department of Agriculture and Consumer Services said they are prohibited from currently asking about medical marijuana possession. But still, it is illegal.