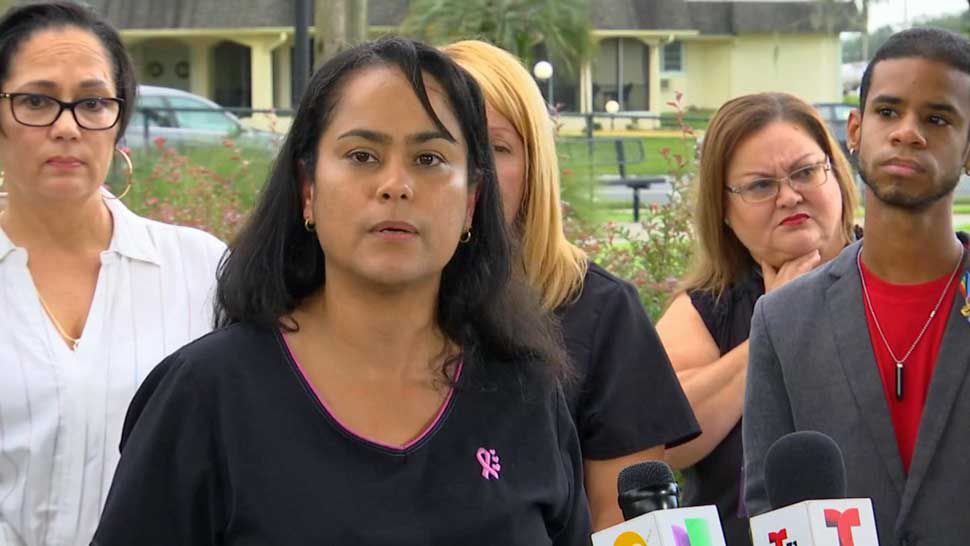 Mairyli Miranda, a nurse at the Florida Department of Health clinic in Haines City, is one of seven employees, all women from Puerto Rico, who allege they're being harassed by their management for speaking Spanish to each other at work. (Adria Iraheta/Spectrum Bay News 9)

HAINES CITY, Fla. — Seven employees at the Florida Department of Health clinic in Haines City are speaking publicly, alleging they’re being harassed by management for speaking Spanish at work.

“It feels like you’re a criminal, like you’re doing something that is wrong,” said Nurse Mairyli Miranda.

Miranda is one of seven nurses and clerks at the Florida Department of Health clinic in Haines City who say they're outraged over their workplace's attitude towards them speaking their native language to each other.

“Never in my life did I think I was going to go through a situation like this one,” Miranda said.

The women are all Puerto Rican and say they were hired because they are bilingual. Haines City has a high Hispanic population, after all.

Despite this, they say management has forbidden them to speak Spanish to each other.

“We’re very respectful and we take into account when someone’s in the room or near us that doesn’t speak our language,” said clerk Maria Rivera. “We speak their language out of courtesy. It’s just right.”

They claim the harassment intensified in the last year, but has gone on much longer.

The women filed a complaint with the Polk County Health Department and have also reached out to the Tallahassee office. However, they say no action has been taken.

Activist groups like Alianza for Progress have taken notice and are stepping in to support the women.

“We just want someone who can be a good leader, you know?” said Nurse Laura Rivera. “Because if you can’t work with different cultures, I think you’re not a good person to be a leader.”

We attempted to reach the Florida Department of Health multiple times throughout the day for comment on this story, but still have not received an answer from the agency.