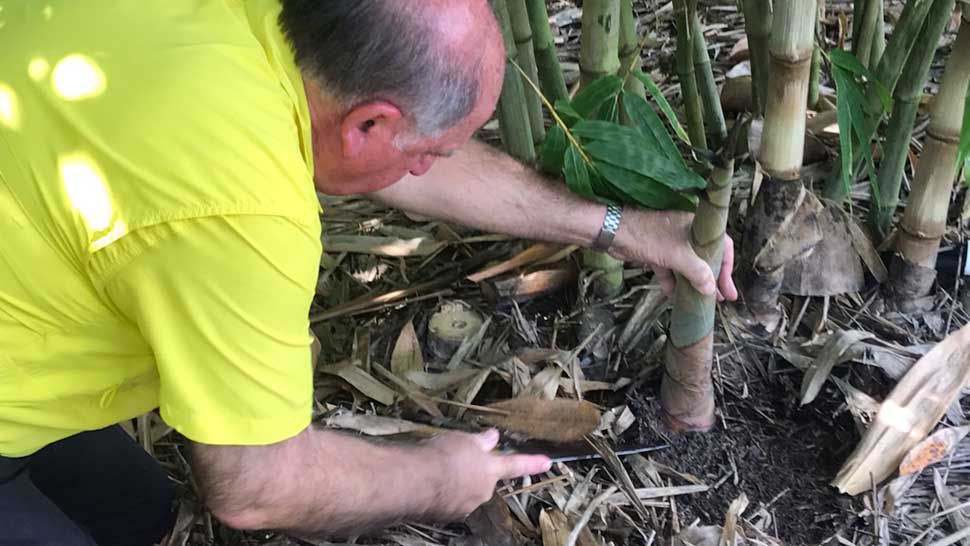 BRADENTON, Fla. — In the face of ongoing struggles with insects and dying orange trees, Mixon Fruit Farms in Bradenton is branching out.

Rows of citrus trees once planted in the corner of the Mixon family farm have now been replaced with Asper bamboo.

The Mixons say they’re the first farm in the United States to grow edible organic bamboo. They already have jars of the prepared shoots in different varieties available in their shop.

"We'll have to give it a try and see what it's like,” said Jim Phillips, who was bringing a jar home to his family.

The Mixons have been growing citrus on their Bradenton property for 81 years. The money that previously went towards trying to nurse citrus trees back to health is now being stretched further through bamboo.

"All farmers are suffering right now. Because of NAFTA bringing in diseases from other countries, we've lost over 300 acres of citrus,” co-owner Janet Mixon explained.  "There were trees here that were planted in the 1800’s, these trees had gone through a lot of storms and all kinds of things, and bringing in the bugs and things from other countries killed it."

The bamboo harvested on the Mixon farm tastes similar to an artichoke and is full of antioxidants and vitamins, Janet said.

They’ve had dozens of farmers from all over the country come by their location to check out the crops. Janet is happy to be paving the way for others.

“It’s not affected by diseases and it’s really healthy,” Janet said. “I’m really glad other people are doing it.”

The Mixons are expecting their first large harvest this fall. They planted their bamboo crops in January 2017.

They plan to continue harvesting their iconic orange and lemon trees, as well.