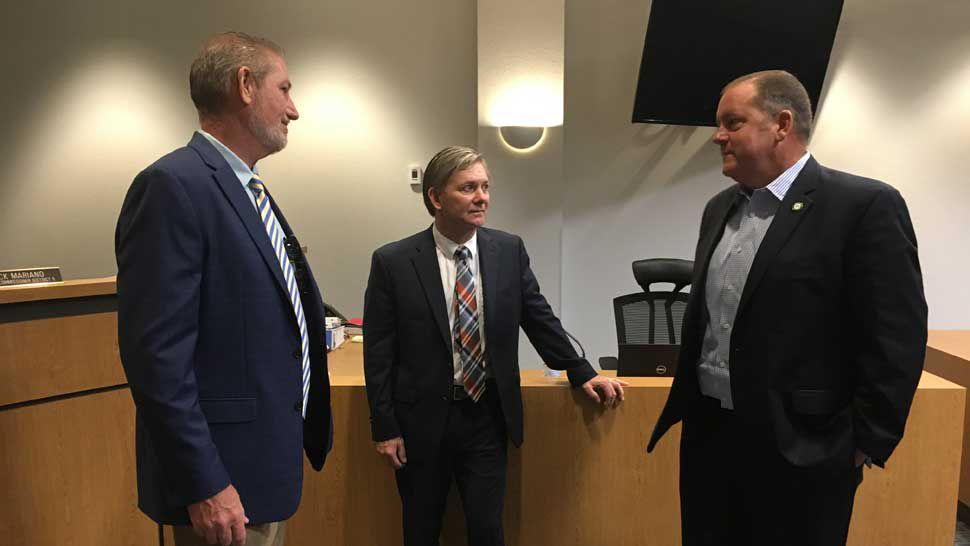 The program kicked off last October as a way to connect unemployed and underemployed people with jobs and the training they needed to fill any skills gaps. Initially funded with $350,000 in Penny for Pasco Funds, the goal was to connect 50 people with employment.

Malley said so far, there have been 72 participants.

"We went through the numbers, I'm like, 'OK, hopefully we'll maybe hit half of that,'" said Pasco County Commissioner Mike Wells, who championed the program. "But to see it so quickly shows the need in the community."

Anyone who lives in the county can participate in the program, but certain groups are targeted for help, including veterans, people who have been released from prison, and the homeless.

The latter is a group to which Kevin Nicholas Glaser said he never expected to belong. Glaser moved to Pasco County in July 2018. He said he thought his living arrangements were all set, but when plans fell through, he found himself living on the streets, pushing all of his belongings around in a makeshift cart.

Glaser said he thought of his parents, who met in the U.S. Air Force, to get through that difficult time.

"That discipline helped me to keep it together and keep organized," he said.

Glaser said he learned about the Workforce Re-entry Program when he stopped into a CareerSource office. The program connected him first with a one-day-a-week job unloading trucks, then with a welding position.

"They helped me with some tools I needed, such as a welding helmet, boots, some clothes. They were willing to come out and meet with me where I was," Glaser said of the program. "They encouraged me to keep on fighting, keep working. I did, and I truly appreciate the one-on-one support that I got."

"Our goal is to establish a relationship with the employer, explain to them our program, and many employers are very happy to work with our group," said Malley. "They do understand that sometimes people go through a rough time and they have a tendency, sometimes, to be the best employees after they've gone through that difficult time and an employer's given them a second chance."

Wells said the program's success isn't just due to work on the county or CareerSource's part, but to collaboration with community partners like the Coalition for the Homeless of Pasco County and Metropolitan Ministries.

"So many times, folks are in their own little silos, but this is an example of us all working together to help others," Wells said.

Now, Glaser is working at Pall Aeropower in a temporary position. He hopes to find permanent work soon.

While he said he still faces obstacles, he's grateful for how far he's come in the past year.

"I drove by car dealerships with that cart, and I would think, 'Someday, I'll have one of those cars,'" said Glaser. "Now, I have a car, an apartment, a job, and I think I'm on the right track."