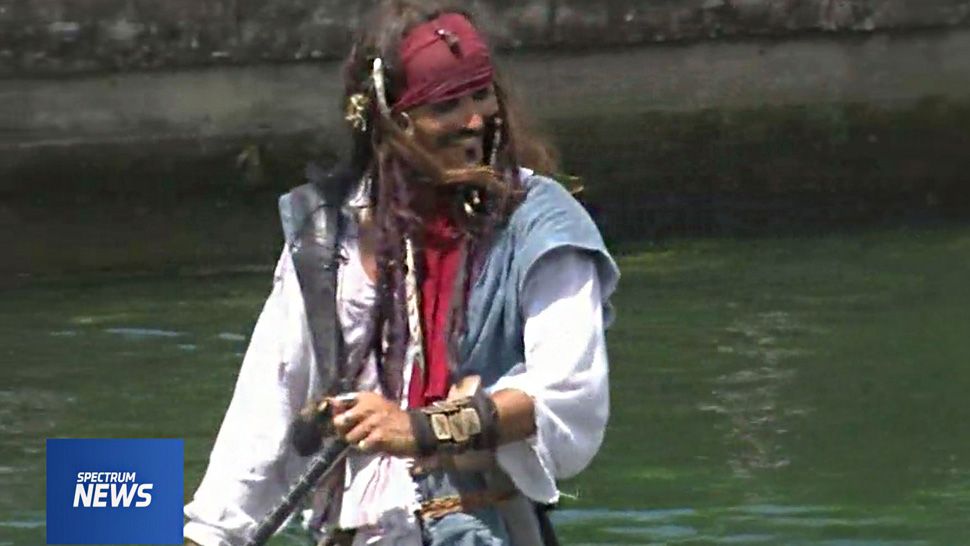 Josh "Captain Jack" Henley was featured in a Florida on a Tankful in 2018. His body was found in Crystal River. (Spectrum News)

CRYSTAL RIVER, Fla. — The body of a 43-year-old paddle boarder known as "Captain Jack" was found in the waters of Kings Bay in Crystal River.

"We offer our deepest condolences to Joshua's family and friends in this difficult time," the Sheriff's Office said in a news release. "'Captain Jack' was a beloved figure in the community and will be missed."

He was last seen by park rangers Saturday evening when he launched from Hunter Springs Park.

Hensley was featured in a Florida on a Tankful segment in July 2018. He would decorate his paddle board as a pirate ship and would dress up as Captain Jack Sparrow.

Boat Captain Zac Zachry is the one who found the body.

"The kids around here really liked him," he said. "You know, dressing up like Jack Sparro and, you know, doing tricks and what not on his paddle board. It's pretty cool.

"Don't get me wrong, it's really sad. I'm just happy that we were able to find him and, you know, the family can get closure. He was an amazing guy for sure," Zachry said.