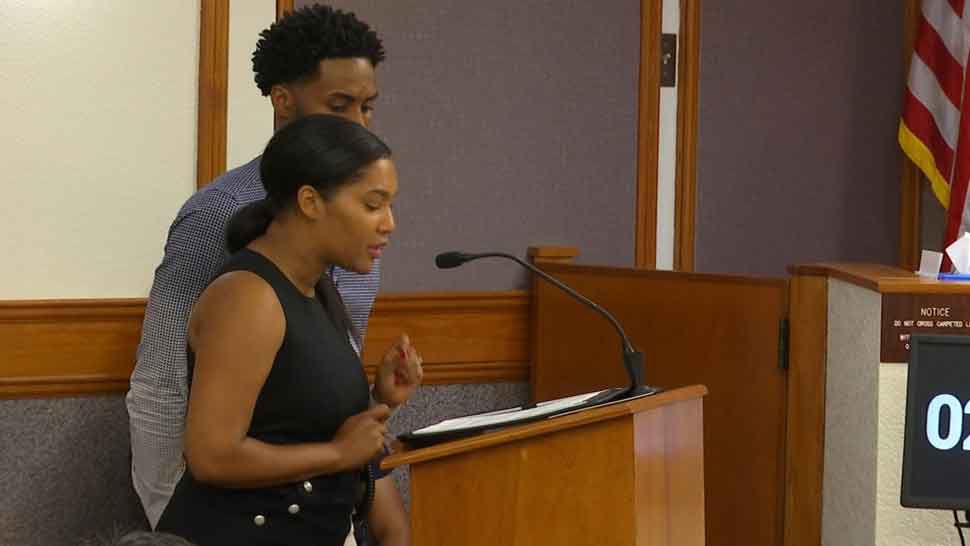 BARTOW, Fla. — The physical education teacher who was in charge of students involved in a locker room attack has been placed on paid administrative leave, according to a spokesperson for Polk County Public Schools.

District officials said they’re investigating whether “policies were not followed, including whether there was a lack of proper student supervision during [the] incident,” said spokesperson Jason Geary in a statement.

Lauren Springfield, the mother of the student attacked, called for the teacher to be fired.

“The fact is the teacher was in the locker room, heard the commotion going and failed to come out and check on the students," said Springfield. "I think that is a paramount part of your job and that if you are not protecting our students, that’s not the job for you."

She also pushed for the student who attacked her son to be expelled from Blake Academy, instead of being suspended for 10 days as announced during a previous news conference held by school officials and the Lakeland Police Department.

“I think if you put your hands on someone in that type of assault, that means you are gone from that school because that is a protection for a victim,” Springfield said.

During a school board meeting Tuesday evening, Springfield and her husband Brandon demanded the school district release more information regarding the discipline for the attacker.

“Every parent here this evening deserves to know what is being done to protect our children,” said Lauren Springfield.

“We deserve to be communicated within a timely manner," she went on. "We deserve clear and consistent policies to be carried out across the board, rather than implemented occasionally. We deserve school policies that align with protecting victims rights, not sheltering the accused.”

School Board member Billy Townsend said the parents had a moral right to know how the other student would be disciplined, but balancing that with state and federal privacy laws would be a tough act.

“I think we err too much on the side of legality instead of doing what’s morally right and I’ve been pushing to change that balance a bit,” said Townsend.

He suggested the board look at creating a victims' advocate position who would help parents navigate these types of tough situations.

Board chair Lynn Wilson called the attack "unimaginable" and "difficult to watch," and asked parents for patience.

“I cannot go into the details of what occurred and what has happened due to federal and state laws and the privacy of students," Byrd explained. "What I can tell you is that we’re going to continue to investigate to make sure that we put systems in place so that this does not happen to any other kid. We will not allow it to continue to happen on our campuses."