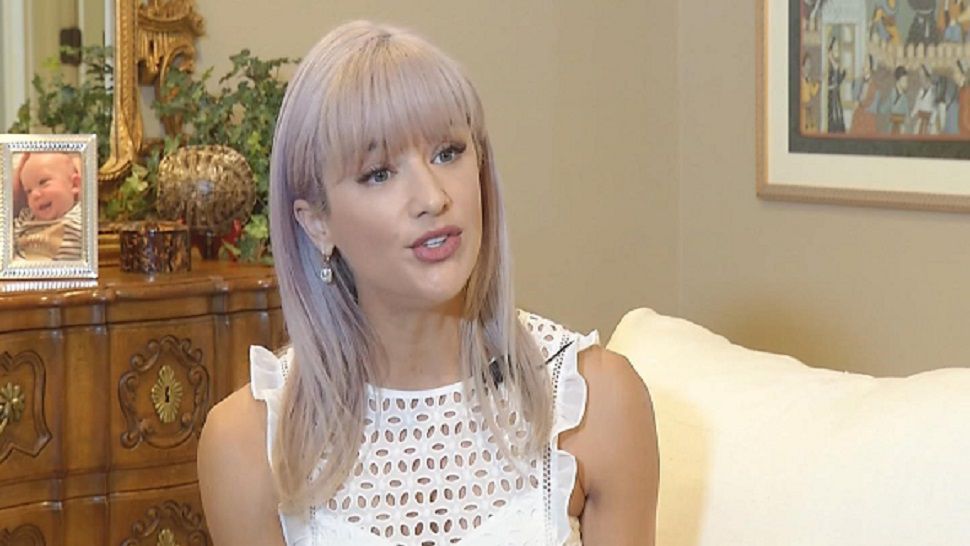 Monica Angel lost her 5-month-old in 2016, Emmi Grace, after doctors learned she had a rare and aggressive form of brain cancer called ATRT. (Spectrum News image)

TAMPA, Fla. — A Tampa mother is trying to raise awareness about childhood cancers.

Monica Angel lost her 5-month-old in 2016, Emmi Grace, after doctors learned she had a rare and aggressive form of brain cancer called ATRT.  It is a tumor that grows on the brain stem and is the leading cause of death in infants under 6-months old.

The Chemo-Therapy drugs used to treat Emmi Grace were developed in the 1950's, 60's and 70's to treat testicular cancer, and is the only known way to treat ATRT in infants.

Since 2016, Angel has worked to develop a foundation called Cure Kids' Cancer Now! to help raise awareness about the lack of funding for child cancer research.

Of the $5 billion in annual government funding for cancer treatment and research, child cancers only see about 4 percent of that money.  That $180 million is then split for hundreds of types of kids cancers, some of which get nothing in funding.

"Childhood cancer incident rates are rising.  They are up 30 percent over the past thirty years", Angel said.  "So this problem isn't going away.  Saying not enough kids are getting diagnosed so we don't need to fund it is not solving anyone's problems.  And we are watching children die every single day."

As part of her foundation, Angel has met with congessional leader and helped spearhead new legislation that the Senate could pass before the end of the year.

It would get child cancer research prioritized so it could be eligible for more funding.

Cure Kids' Cancer Now! is also working to create a bank of kids cancer tissues similar to Moffitt Cancer Center's tissue bank to give doctors a central location to store, research and share information about cancers that impact children.