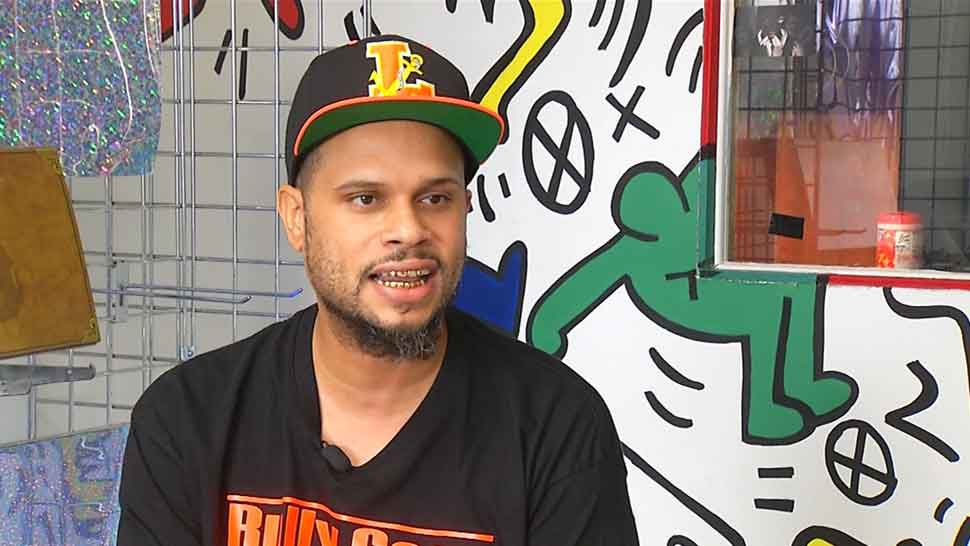 The video is getting tens of thousands of views after the Sheriff's Office shared it on their Facebook Page.

Cedric Wilson directed the video and plays the part of an undercover informant as some "deputies" look for a bad guy on the run.

Wilson, by his own admission, has a checkered past. He said he was arrested dozens of times as a young person.

“Hard drugs. Stealing cars. I used to do a lot of stuff,” he told us. But he eventually turned his life around and is now the owner of a north Lakeland promotional materials business called Color Media Solutions.

Wilson said he was molested as a child and he believes that is part of the reason he ended up on the wrong side of the law.

"Mentally it’s probably one of the reasons why I acted out doing bad things," he said.

Judd and the "Remix"

Wilson and his team produced an original version of "Ducking Grady" last year and Judd liked it, so they remixed the song and this time the sheriff has a starring role in the video.

"Because it’s the right thing to do," Judd said about appearing in the video.

Judd believes appearing in the video will strengthen the relationship between the sheriff's office and the community.

Wilson said he used to be very much against law enforcement, but he has had some close relatives choose careers as police officers. As he has matured, he said he's come to believe most officers are really trying to do a good job and he respects them.

“That’s just like kids out there today. We got to save our kids. They in the same situation," he said.