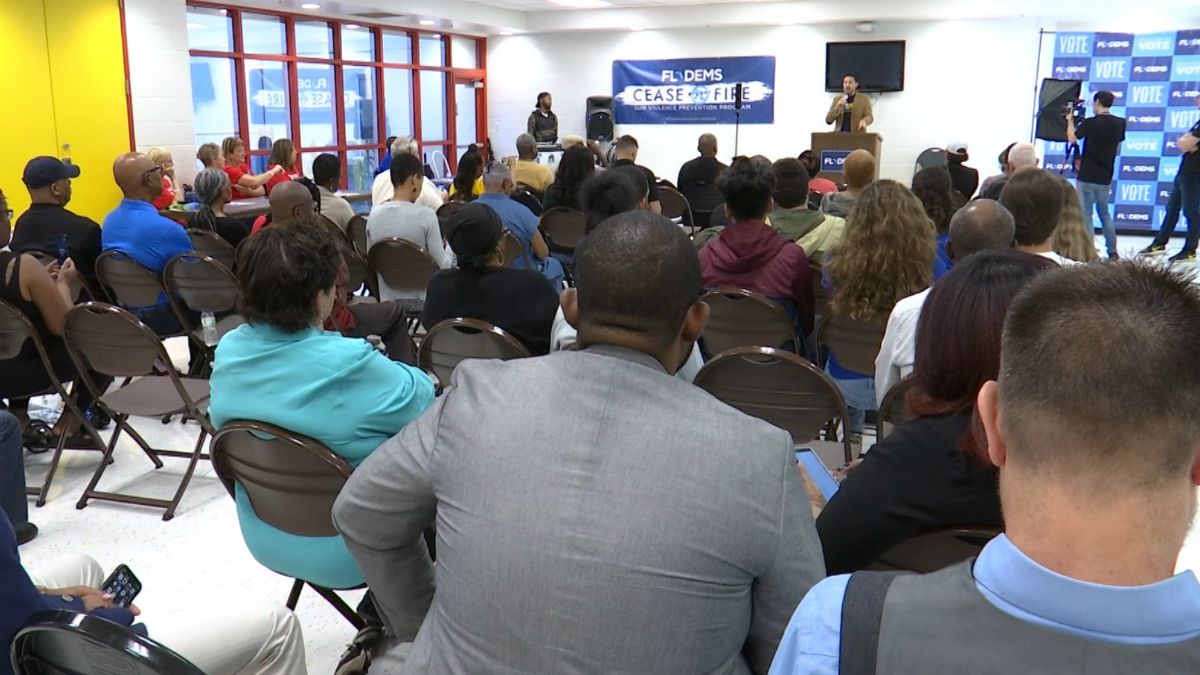 Cease Fire was formed to find solutions to gun violence in communities. The group had its first meeting in Orlando on Saturday. (Krystel Knowles/Spectrum News 13)

ORLANDO, Fla. — Two decades after her son's murder, Elaine Campbell is still motivated by his death.

That's why she turned out Saturday for the first-ever meeting of Cease Fire, a new program on gun violence prevention.

"I had a son that was murdered 22 years ago in 1997 in my own home, so this really means a lot to me," said Campbell, who has lived in the Pine Hills neighborhood for three decades. She's one of a dozen community members working toward solutions.

"Pine Hills has a huge level of violence. Myself being a victim of gun violence in Miami, we want to target places with brown people," said Clifton Addison, the Florida Democratic Party coalitions director and another organizer of Cease Fire.

Addison said he was shot in the leg three times during a road range incident in Miami. He used that experience to launch the Cease Fire program.

"I think there is a lot of conversation when it comes to mass shootings, but gun violence in communities of color doesn't get the same amount of attention," Addison said.

This is the first gun violence prevention meeting the program has had, and the group is hoping to have them at big cities across the state.

The takeaway, according to Addison, is identifying the people at risk and giving them the tools to be better community members.