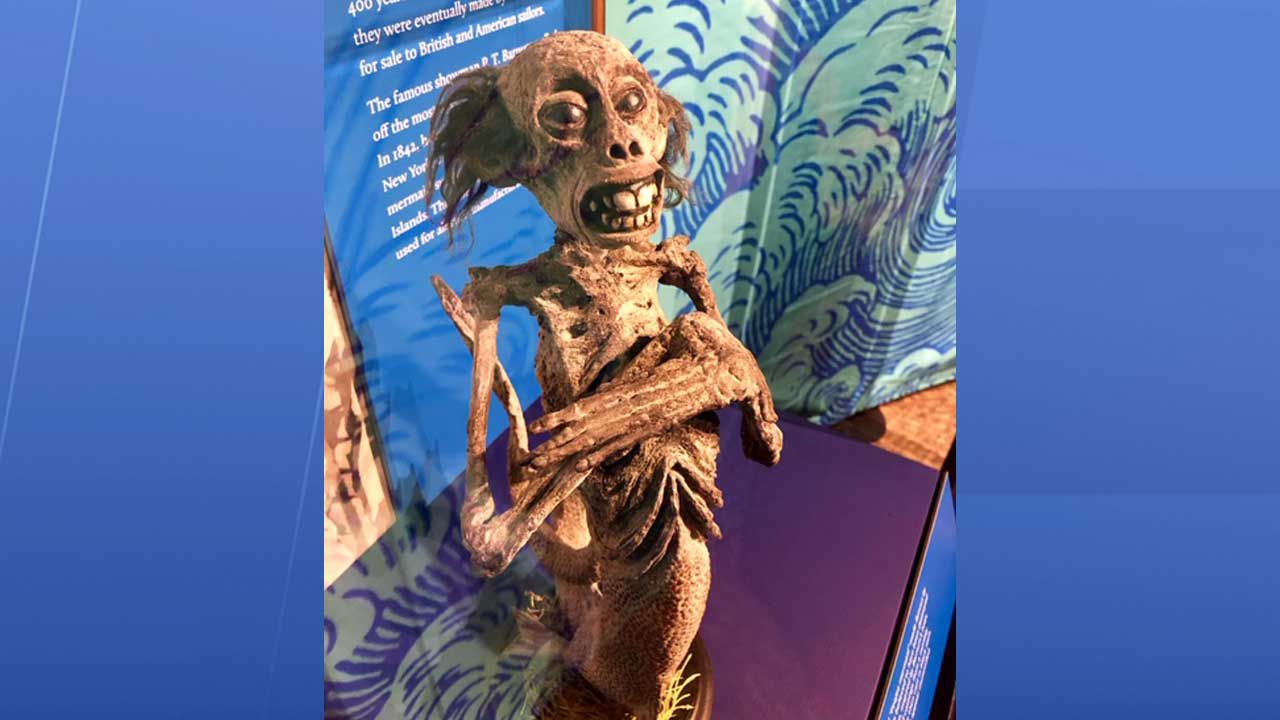 Say hello to the replica “Feejee mermaid,” made famous by showman P. T. Barnum, created by sewing the head and torso of a monkey to the tail of a fish. It's one of the many fantastical creatures in The Bishop Museum's latest exhibition, "Giants, Dragons & Unicorns: the World of Mythic Creatures," on display at the Bradenton museum through January 5, 2020. (Virginia Johnson/Spectrum Bay News 9)

On The Town: The Origins of Fantastical Beasts at The Bishop

BRADENTON, Fla. — How did similar myths of dragons, mermaids and unicorn spread throughout the ancient world?

1. The Bishop Museum of Science and Nature in Bradenton is host to "Giants, Dragons and Unicorns: The World of Mythical Creatures," through Jan. 5, 2020.

2. Ancient people had no knowledge of extinction or evolution, so a fossil was considered part of their current animal world.  A massive mammoth thigh bone resembles a human femur; therefore, a massive human that hid from the world was an acceptable scientific conclusion.

3. The exhibition shows how dragon lore spread around the world: dinosaur skulls and megalodon teeth made for fanciful ideas that were remarkable similar from Great Britain to Japan.

4. Sea monsters like the Kraken are explained as giant squid, and mermaids? Manatees! The most magical being of all-- the Unicorn -- was possibly created as ancient people discovered narwhal teeth along the shore. (It looks like a horn, but it's really a tooth!)

What do you think we have wrong? (UNICORNS-- I HOPE!)