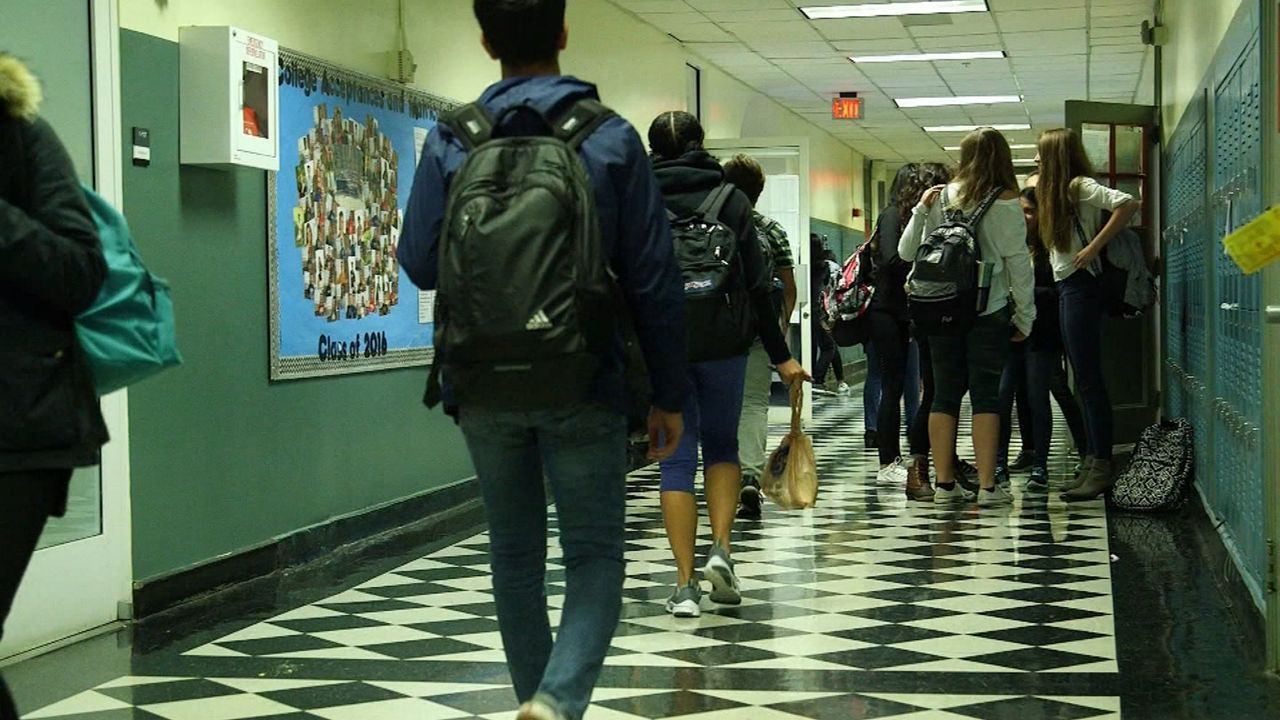 Suspensions Are Down in City Public Schools. DOE Thinks It Knows Why.

At the Nelson Mandela School for Social Justice,  a public high school in Brooklyn, two close freshmen friends sit in a circle with their teachers, talking about a hurtful practical joke that one had played on the other.

“I knew I should have never did it,” the boy who pranked his friend said.

“He went over the limit and past the boundary, and that wasn’t cool,” the other student said.

Their dispute was settled in what's called a "restorative justice circle" - an approach to conflict resolution that seeks to have a victim and the offender discuss the wrongdoing, and it's impact.

It's now being used in 296 city public schools, with the encouragement of Chancellor Richard Carranza, who sees it as a way to reduce the kind of behavior that creates discipline problems and suspensions.

"I wanted him to know that I was sorry, I never should have disrespected you like that,” said the student who pranked his friend. “But the circle helped us out with that problem."

The Education Department said last week that suspensions in the 2018-19 school year fell more than 10 percent, and it pointed to restorative justice practices as a reason why. Zaid Bomani, the principal at the Nelson Mandela School for Social Justice, said he endorses the approach.

"If I suspend a young man who is 6'1" at 17, and he's not in school, where is he? If I suspend a young lady who has conflict in their home, and I send them home on suspension, does that improve the conflict, or does it make it even more intense? And when that young person comes back, do I have a relationship to build on?" Bomani said.

The school still issues suspensions, including one last year for a student who hit a teacher. But even in that case, the school held restorative circles before and after the suspension.

Some principals complain the department is micromanaging school discipline. Bomani acknowledges the DOE now limits the lengths of some suspensions, but he says that doesn't bother him.

"I'm human. I can get angry … Someone needs to make sure that I am called back to the better center of myself," said Bomani.

The two students at the Nelson Mandela School say they've been able to stay friends thanks in part to the circle. They say the approach is a good idea to resolve conflicts.

"Come together, basically, so you can work things out," the boy who pranked his friend said.