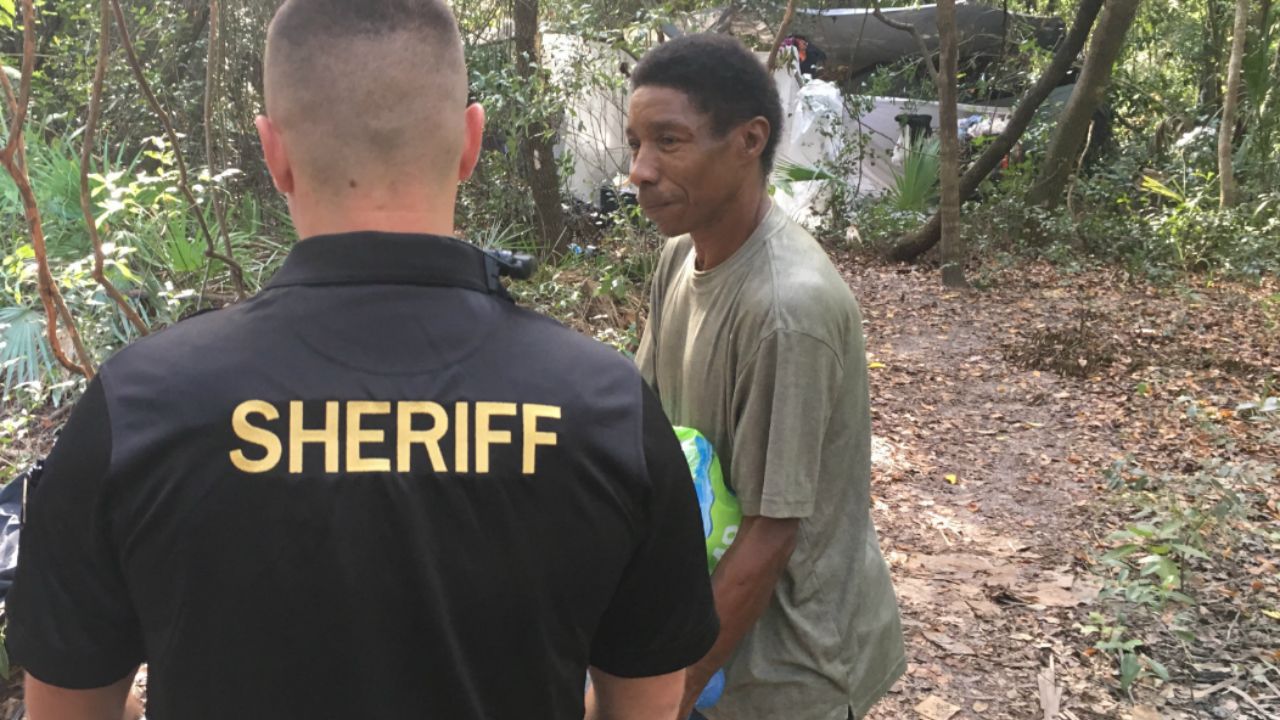 PASCO COUNTY, Fla. -- Since officially getting to work on August 26, the Pasco County Sheriff's Office Behavioral Health Intervention Team worked 234 cases, with detectives assigned to 197 cases as of November 7.

Sheriff Chris Nocco announced the new effort back in June in response to the high volume of mental health-related calls his office sees.

"It's still in the infancy stages, so we're still seeing how it's going to grow," Nocco said.

"It has been a great opportunity to positively impact our community," said Lt. Toni Roach with the BHIT. "We were able to identify people within our sheriff's office who have a passion for mental health."

Roach called the number of deputies who wanted to join the team "overwhelming." The team is made up of 12 detectives who provide weeklong BHIT coverage to the county along with two sergeants who oversee them, Roach, who oversees daily operations, a chief who oversees general operations, and a data analyst.

Roach said when the team first started, members specifically wanted to focus on high utilizers — or people who had been taken into custody for mental health issues or substance abuse two or more times in a six-month period -— and the homeless.

"A lot of times, people have just lost faith that the system is going to be able to assist them, and trust is often a big issue," said Roach about reaching out to the homeless community.

BHIT member Detective Jeff Irwin knows something about building that trust. He regularly checks in on homeless camps he's aware of on the west side of the county. He said he met a number of members of one particular group when he was working to warn them that Hurricane Dorian was approaching.

"Just kind of developed a rapport with these guys, started talking to them," said Irwin.

Irwin got a warm welcome from a camp of about four people on a recent visit.

"Irwin is a really nice person. We need more of them like him," said Greg Truman, one of the men living at the camp. "I feel more safe out here because he knows where I'm at, and at least he's trying to help."

We got to ride along with a member of @PascoSheriff’s Behavioral Health Intervention Team today. Det. Jeff Irwin went on one of his regular checks of the homeless community. We’ll have details of what BHIT has seen in its first two months at 5:00 on @BN9. pic.twitter.com/JOKoQusWIq

Truman said he's been living in the woods for about four months. When a former landlord sold the trailer he was living in, Truman said he couldn't find a new place that he could afford. Irwin provided the group with water and reached out to the Coalition for the Homeless of Pasco County about Truman's case. Irwin said he was told the coalition was familiar with Truman and that he'd been struggling to find housing for some time. Irwin let the group know about resources available in the county and said he'll be back to check in in a few days.

"It is rewarding in our line when we're able to help. You're able to see that milestone they reach. It is rewarding, but it hits a soft spot when you see individuals with a tent and a book bag and that's their life's possessions," Irwin said.

Even in its first two months, the program has begun to evolve. Last month, members began reaching out to people who survived recent overdoses.

"Within the first 24-48 hours, our detectives are going out, speaking to them in their most vulnerable times, trying to connect -- 'Hey, you almost died, this is a life-changing event. Let me help you,'" said Roach.

Roach said so far, 16 of those people have expressed interest in treatment and are now on medication-assisted treatment for substance abuse.

"It's going to expand. There's no doubt about it. You can just see, you can feel the growth potential of what they're doing," Nocco said.

While Nocco said the number of mental health-related calls will never drop to zero, that continued growth within BHIT could mean the ability to reach even more in need.