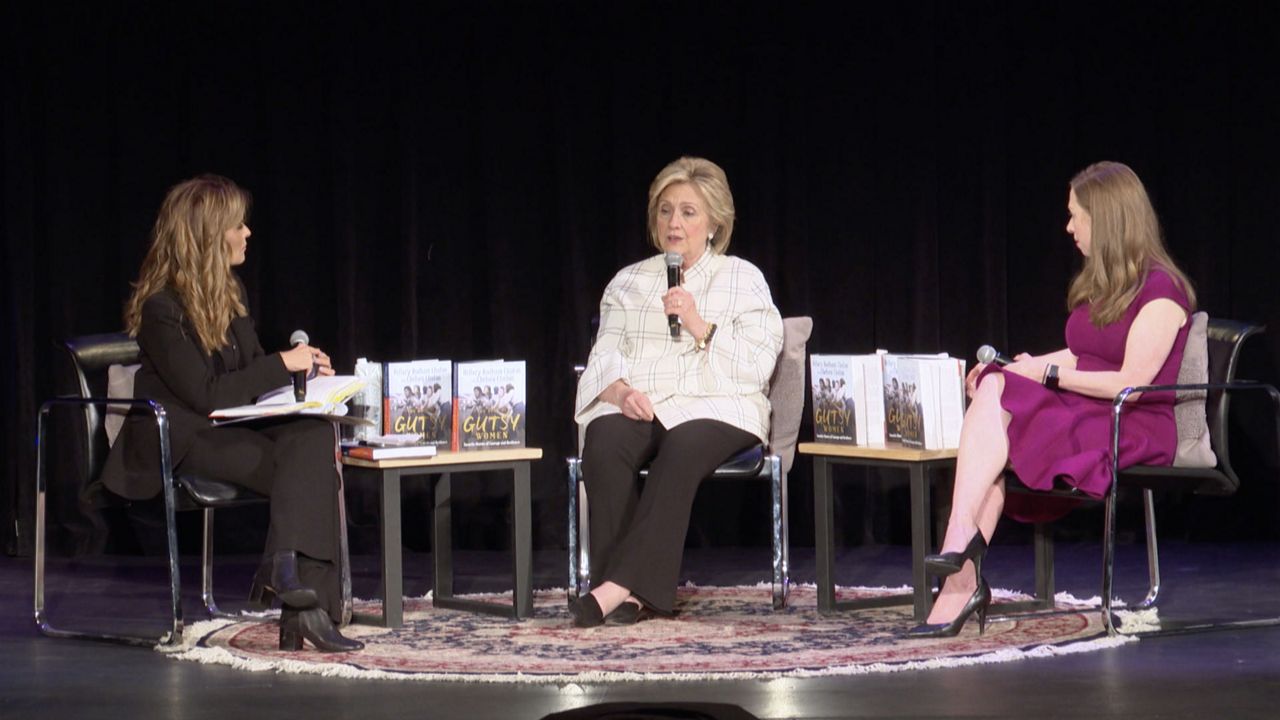 “I do feel like I have some gutsiness in me,” says Taylor, who has had to be courageous and brave since she was little.

A few years ago, the real test came, after Taylor says, she was fired from her job upon asking for an accommodation for her mental health issues. She fought her employer.

“I stood up for what I believe is right, I did that in the workplace, and you know, it was hard but I just do it. I think it’s the right thing to do, but I cannot do the right thing, I wouldn’t be able to sleep at night,” said Taylor.

According to Hillary and Chelsea Clinton that is a key characteristic of a gutsy woman.

“To us, you know, someone is gutsy who is willing to stand up for herself, willing to pursue her dream, willing to make the commitment and the sacrifice to finally swim that shark and jelly fish infested water,” said Hillary.

Speaking with a gutsy woman herself, Maria Shriver, the Clintons highlighted a few of the dozens of Gutsy Women that are discussed in their new book.

“Mona Hanna-Attisha from Flint, who was the pediatrician who not only exposed the crisis of elevated blood lead levels of children in Flint, but also really exposed the dereliction of duty on behalf of the local and state environmental authorities,” said Chelsea.

Hillary, the first woman to have been nominated to the presidency by a major political party, says part of being a gutsy woman is making way for others.

“It’s also about what she does to inspire others, and how she tries to open doors and knock down obstacles for others,” said Hillary.

Taylor is doing that in her own way, by destigmatizing mental health issues. In the summer of 2017 she started a blog called Land Undefined, which explores and chronicles her mental health challenges. She posts updates of her blog on her Twitter account called, shattering stigma, restoring hope. Taylor says her gutsiness has made her resilient.

“A lot of that comes from perseverance, tenacity, keep pushing, keep pushing through the struggle… just doing the right thing even if it’s unpopular, just do it, get it done,” said Taylor.