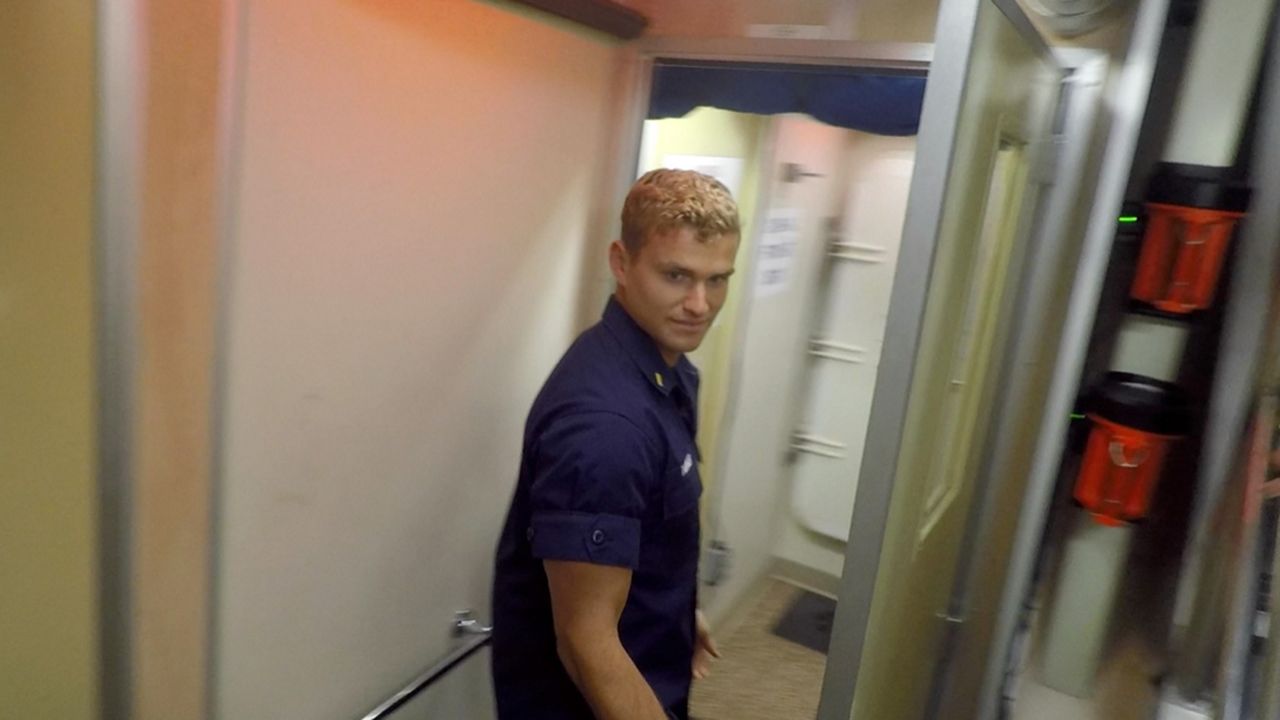 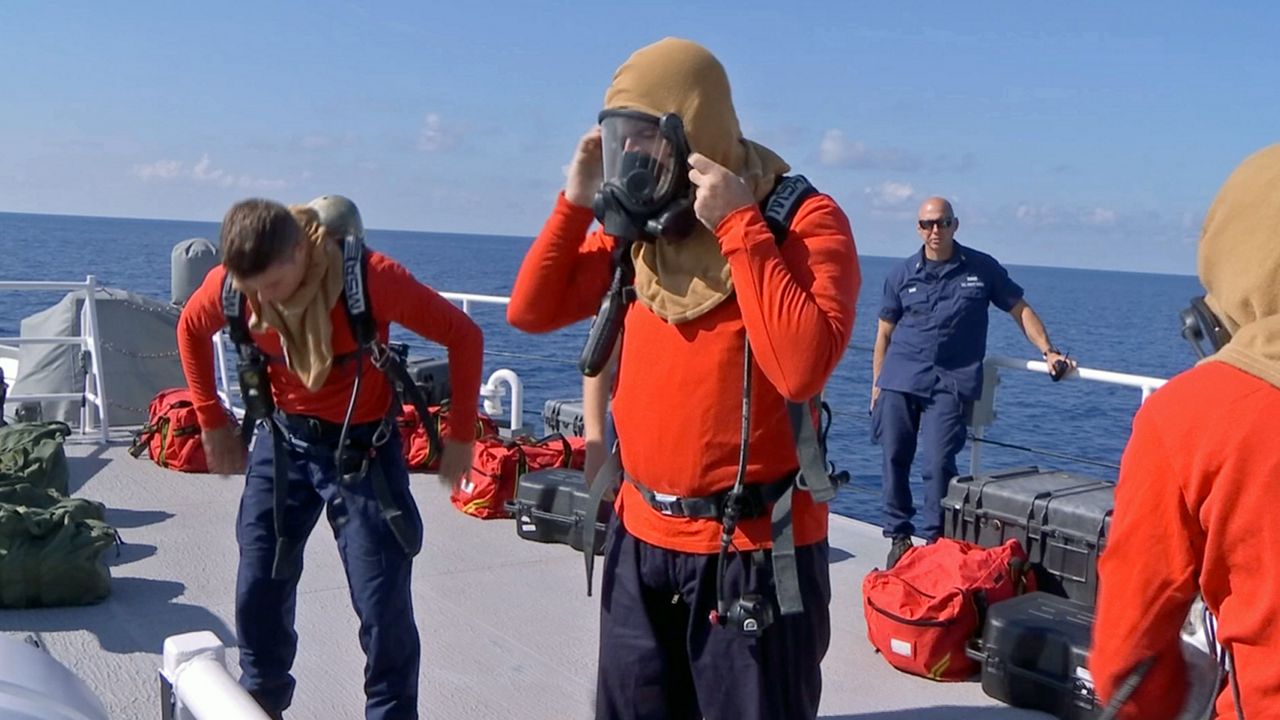 2 of 4
Aboard the USCG Cutter Paul Clark
In between patrols, the crew often runs drills to prepare for the unexpected. They are dressing out in fire resistant clothing to prepare for a drill.
(Vincent Pecoraro/Spectrum News) 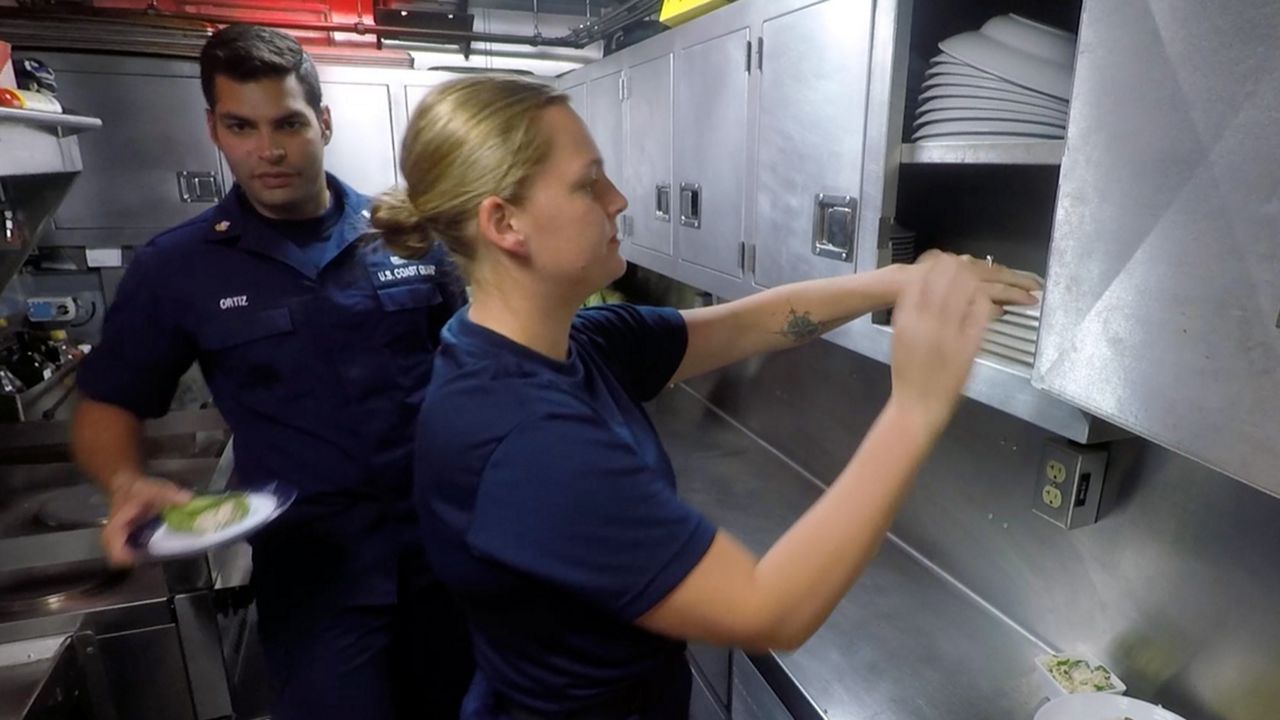 3 of 4
Aboard the USCG Cutter Paul Clark
There is a kitchen on board the Paul Clark, where a crew member prepares all the meals.
(Vincent Pecoraro/Spectrum News) 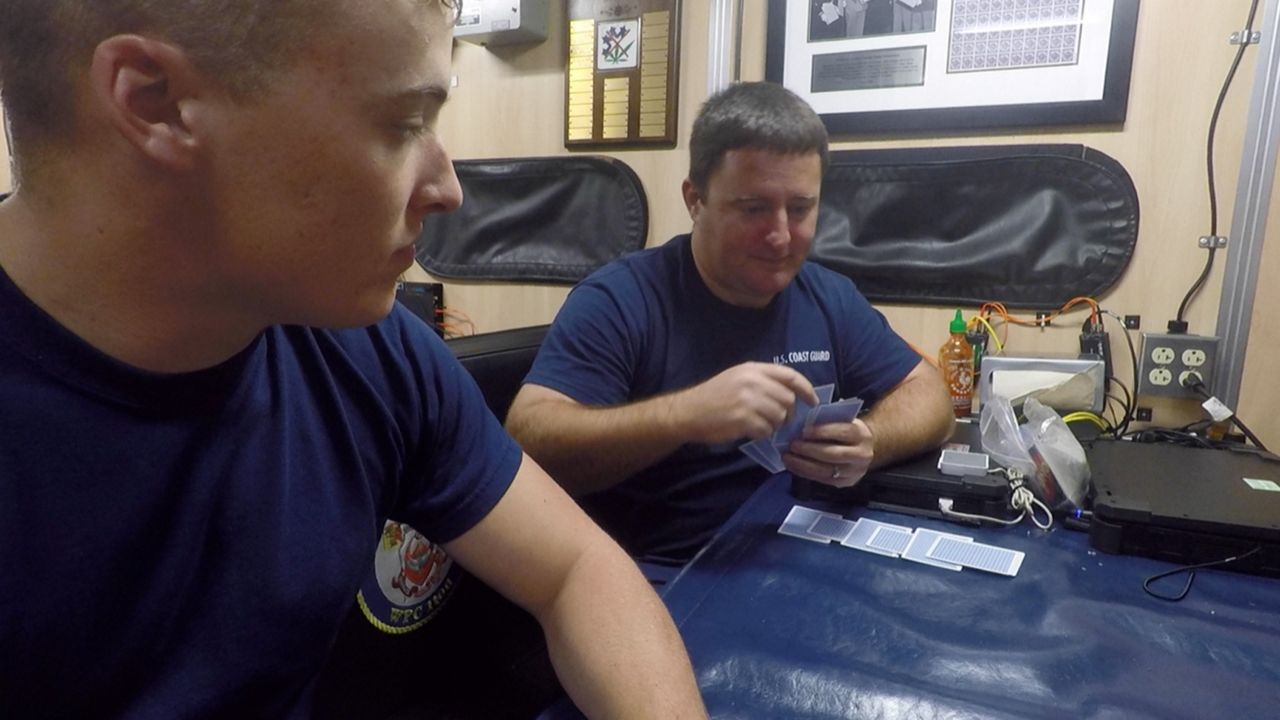 4 of 4
Aboard the USCG Cutter Paul Clark
The men and women of the patrol play cards in their down time.
(Vincent Pecoraro/Spectrum News)

MIAMI, Fla. — From patrolling the ocean for contraband to protecting the U.S. border, members of the U.S. Coast Guard play a vital role in keeping our country secure.

A Spectrum News crew embedded with a law enforcement patrol off the coast of Miami to get a better understanding of what life is like for these men and women on the water.

It’s been five months since Taminger, 23, joined this crew of nearly 30.

The 154-foot vessel isn’t just where the crew works — it is also where they live. The cabins, where the crew resides at night, have between two to four bunks with mattresses smaller than a twin. The men and women on board can be on the vessel for up to a month at a time.

Chief Petty Officer Jason Dame said the unit has formed a close bond as a result of the close quarters.

"It’s a very personal, dysfunctional family if you will sometimes. But, a family unit all together,” he added.

Working on the water for days on end can be isolating for the crew, who have limited phone service or connection to what’s going on back on land. The internet on board the cutter is often reserved for official purposes only. It is challenging for many members like Petty Officer 2nd Class Luis Ortiz, who have a young daughter and wife at home.

“Four or five days without seeing or hearing from them can be difficult,” Ortiz said.

“They are very understanding, their tolerance, their patience and how they are able to be so resilient when I’m not home. My wife kills it every day, and I’m so proud of them,” he added.

For the crew, time with family is even more precious once they return to port.

“You miss birthdays, you miss anniversaries, but you make them up. You make them up,” Dame said, who has three kids under the age of 15 years old.

In between patrols, members of the crew are always ready for the unexpected. The often run fire drills and train, because in the case of an emergency, there often is no back-up hundreds of miles away from land.

"There’s a lot of risk there. But, we train really hard and we practice these mission, and we ensure our people meet standards,” he explained.

Ensley is constantly considering the wellbeing of the men and women on the patrol, who often work long hours in difficult conditions.

“There’s enough work we could be working night and day, 24/7, 365 days a year, but we have to find that balance so they can go home and restore themselves, recharge themselves, spend time with their families, with their spouses,” he said.

Each day at sea for this crew brings a new challenge. They say the mission is worth the sacrifice.

“I hope I make a difference for the American public and for my shipmates on board,” Dame said.