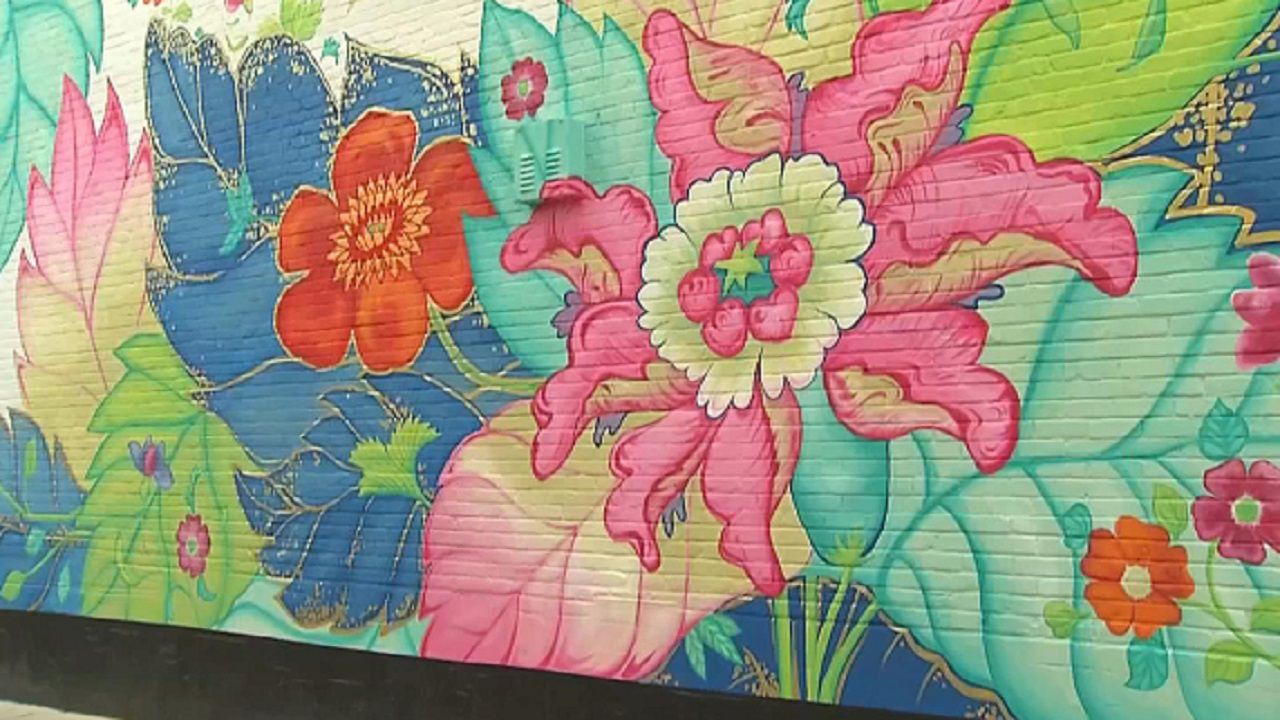 Artist Gillian Fazio painted the “Tobacco Leaf” mural on the Gaines Jewelers building on South Tennessee Avenue. It’s easy to miss because it's on the side of the building on an ally. (Spectrum News image)

LAKELAND, Fla. — A huge downtown Lakeland mural is getting lots of attention at home and in New York City despite being easy to miss.

Artist Gillian Fazio painted the “Tobacco Leaf” mural on the Gaines Jewelers building on South Tennessee Avenue. It’s easy to miss because it's on the side of the building on an alley.

“It’s like the largest hidden gem of Lakeland,” said Fazio.

She had to do much of her several weeks of painting on a lift.

“I’ve painted large scale murals before using scissor lifts, but this is definitely the highest I have had to go before at 30 feet and then with my height, it's more like 35 foot eight.” Artist Gillian Fazio while at work on the “Tobacco Leaf” mural on the Gaines Jewelers building. (Gillian Fazio)

The mural is based on the “Tobacco Leaf” pattern on Mottahedeh Fine Dinnerware company that is sold by the store. Some of the pieces sell for hundreds of dollars.

The “Tobacco Leaf” pattern goes back hundreds of years in China. The fine china was exported abroad and became collectors items. Former Vice President Nelson Rockefeller was a collector and actually obtained rights to the pattern.

The Mottahedeh company now creates reproductions of the pattern. Gaines Jewelers got company approval for the mural.

Mottahedeh owner Wendy Kvalheim is so impressed with the mural she has decided to fly in from New York City to attend the Gaines Jewelers Christmas party. She wants to see the mural in person.

“I think it’s wonderful,” she said. “I’ve never seen something like that before.”

Local residents are also stopping by the mural and taking their picture with it so they can post the pictures on social media.

“No. I mean that sounds cocky but no, I fell in love with it as soon as Gaines showed me the design. I just know sometimes bigger is better,” she said.