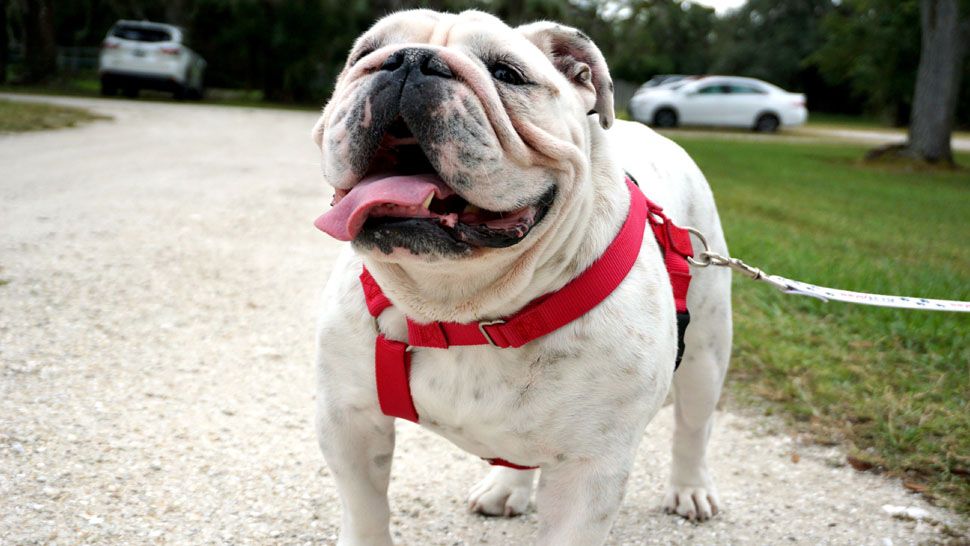 Sarasota Police said a dog was stolen from a family in California three years ago, and finally, that dog was able to return back home. (Gabby Arzola/Spectrum Bay News 9)

SARASOTA COUNTY, Fla. — Sarasota Police said a dog was stolen from a family in California three years ago, and finally, that dog was able to return back home.

Investigators say Tracie Eileen Defee, 52, and Michael Paine 48, were linked to a string of burglaries in the Sarasota area.

“I’ve been fortunate enough to catch a few burglars and burglaries in action but this is by far the most unique one,” Sgt. Eric Safford with the Sarasota Police Department said.

After receiving a tip, Safford was able to arrest the duo, but when officials found out the dog was stolen as well, they jumped to action.

In two days, the police department was able to raise $800 to send Maggie back to her owners in California.

“I’m sure any law enforcement agency would have done this, but I’m just really tickled that we were able to do it,” Safford said.

Both Defee and Paine are charged with multiple counts of burglary, trespass and theft, and have bonded out of the Sarasota County Jail.