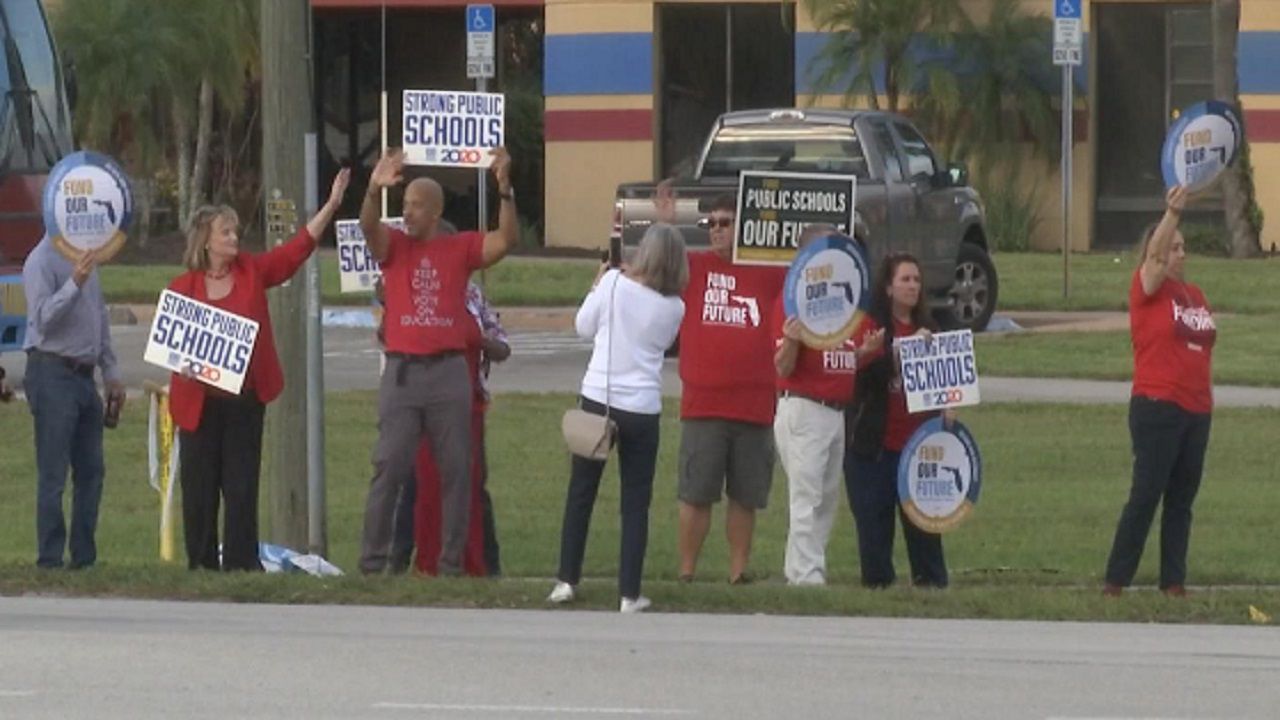 Some Osceola Teachers Not Happy About Pay Raise Plans

KISSIMMEE, Fla. — Osceola County teachers took to the streets to call for more money from the state legislature for public education and teacher raises.

Gov. Ron DeSantis recently laid out his plan for raising the starting teacher salary to $47,500, increase bonuses, and to have a new bonus program for teachers and principals that handsomely rewards teachers in "Title I" schools.

But teachers in Osceola County and representatives of the Florida Education Association say the governor's plan falls short.

The FEA brought its "Fund Our Future" bus to Kissimmee to join Osceola County teachers and union members along the road to wave signs and raise awareness of their fight for better pay.

St. Cloud High School English teacher April Isaacs was one of those teachers demonstrating at the intersection of U.S. 192 and Bill Beck Boulevard on Thursday.

“Salaries of teachers in Florida is just atrocious," Isaacs said. "Even with the governor saying he wants to raise new teacher salaries, what about all the other teachers that are here that have been working for 26 to 36 years in this county — what kind of raises are they going to see?”

She and many other teachers say DeSantis’s proposal to raise the starting teacher salary to one of the highest in the nation leaves out experienced teachers such as herself.

She also is willing to take her efforts to lawmakers directly.

“We’ll take this to Tallahassee. Just point me in the right way and get me a peanut butter and jelly sandwich,” Isaacs said.

In fact, the FEA is planning a rally on January 13 in Tallahassee, calling for billions of dollars in investment in the state's public education.

"We have come out with a bold plan," FEA Vice President Andrew Spar said. "Let's invest $22 billion over the next 10 years into our public schools. ... For this year, we're asking for $2.4 billion (that) would ensure a 10% across the board increase for all the people who work in our public schools."

But lawmakers have already shown hesitation with the governor's $900 million plan, much less a $2.4 billion one.

Spar also pointed out the governor’s plan doesn’t call for any pay increases for other education staff such as cafeteria workers and bus drivers.