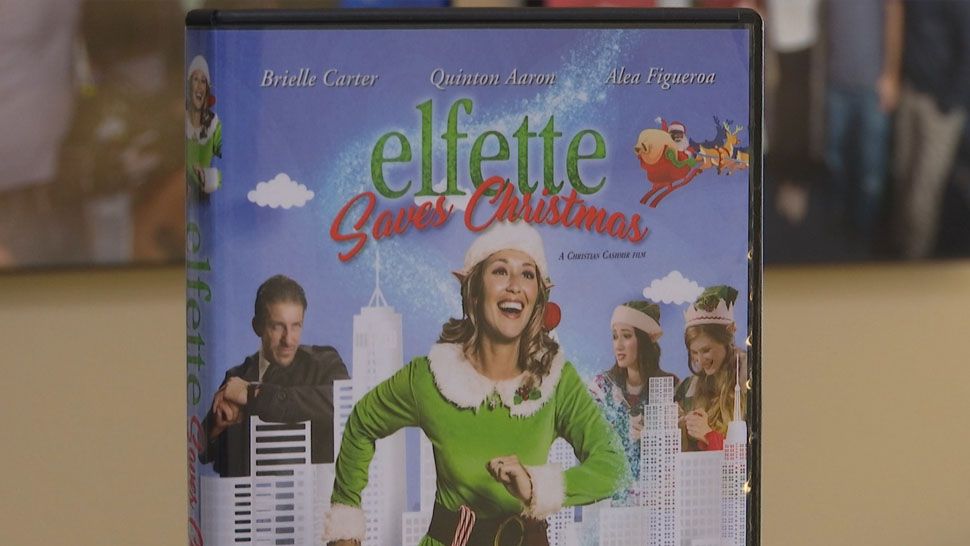 TAMPA, Fla. — Looking for a holiday movie you can watch with the whole family? How about one that was shot right here in Tampa Bay!

Director Christian Cashmir owns a local production company, Litewave Media. He shot most of the movie in the Bay Area.

“It’s a great spot to film. We’ve got beaches, cities, and other places that you don’t think of when you think of Florida,” Cashmir said.

The film also stars Quinton Aaron, who was the lead in “The Blind Side.”

He plays Santa, who’s has been kidnapped by the mafia. One of the elves, Elfette, goes on a journey to New York City to save him.

Although crews filmed a few days in New York, a lot of the scenes you’ll see there were actually shot in the Tampa Bay area.

“It took about 40 days of shooting. 35 of those days were right here in Tampa Bay. We’re really proud that it’s a local movie, with local crew and actors,” Cashmir said.

Cashmir also advocates for more movies to come film in this area.

There’s a lot of local production and acting talent here the Bay Area, like actor Zachary Vazquez, who plays one of the film’s villains.

“Last film that I worked on the beach was Baywatch with Zac Efron and Dwayne Johnson,” Vazquez said. “But to have something like this in our area was really special. This is my home. It’s a great opportunity for the industry in Tampa Bay.”

The movie is available now. You can stream it or buy it on Amazon. You can also purchase it at Target or Wal-Mart.