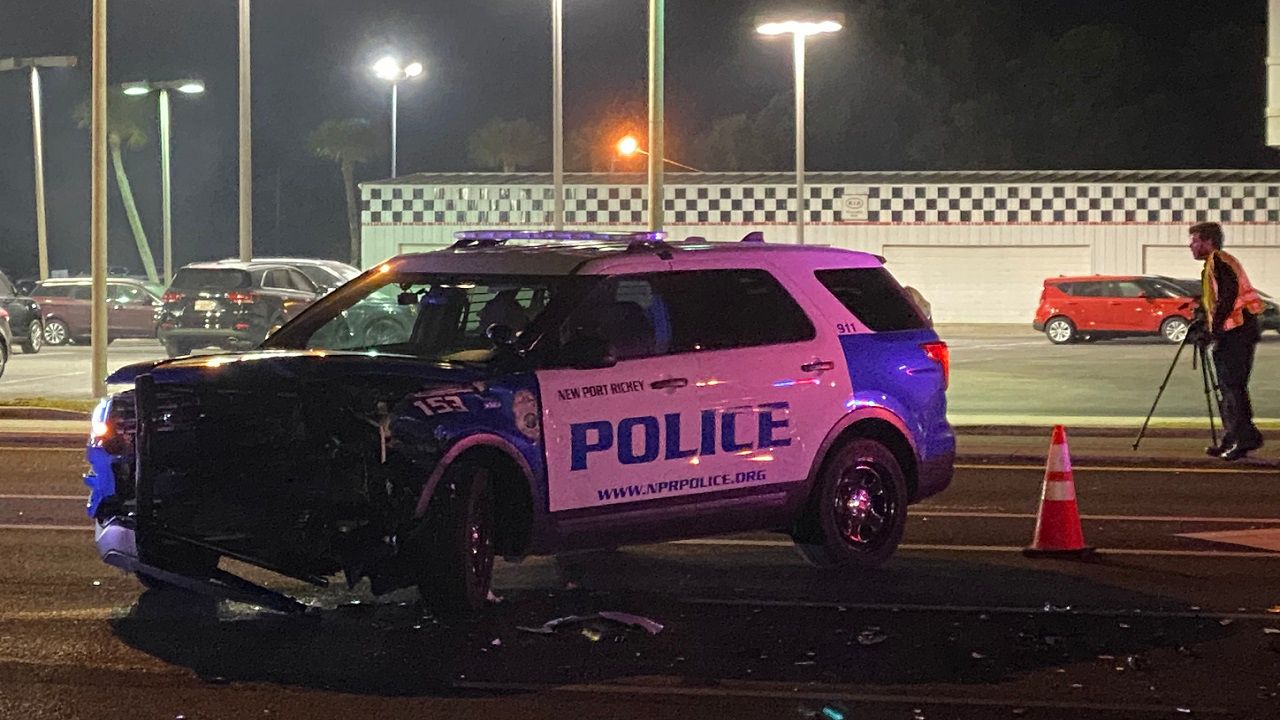 Just before 4 a.m., as authorities were conducting an investigation into the fatal crash, a car crashed into a police SUV that was blocking off the accident scene. (New Port Richey police)

NEW PORT RICHEY, Fla. — Lanes of US Highway 19 were closed for several hours early Thursday at Imperial Drive in New Port Richey after a series of crashes.

The northbound lanes of US 19 were reopened just before 6 a.m.

According to New Port Richey Police, authorities responded to a fatal pedestrian crash just after 1 a.m. on US 19 just south of Main Street.

A 39-year-old man was killed in that crash. The driver of the vehicle that struck the man stayed at the scene. The driver was not injured.

WATCH: An earlier look at US 19 in New Port Richey right after a car crashed into a police SUV that was blocking off the scene of an earlier fatal pedestrian crash. https://t.co/nwdgBDYQuU pic.twitter.com/ooksIJXIvP

Just before 4 a.m., as authorities were conducting an investigation into the fatal crash, a car crashed into a police SUV that was blocking off the accident scene.

That speeding vehicle went airborne after striking the cruiser. Authorities said the driver, a 24-year-old woman, was not injured.

The police SUV was knocked into a light pole. There was no officer in the police SUV at the time of the crash.

The were no other injuries.

The crashes remain under investigation.