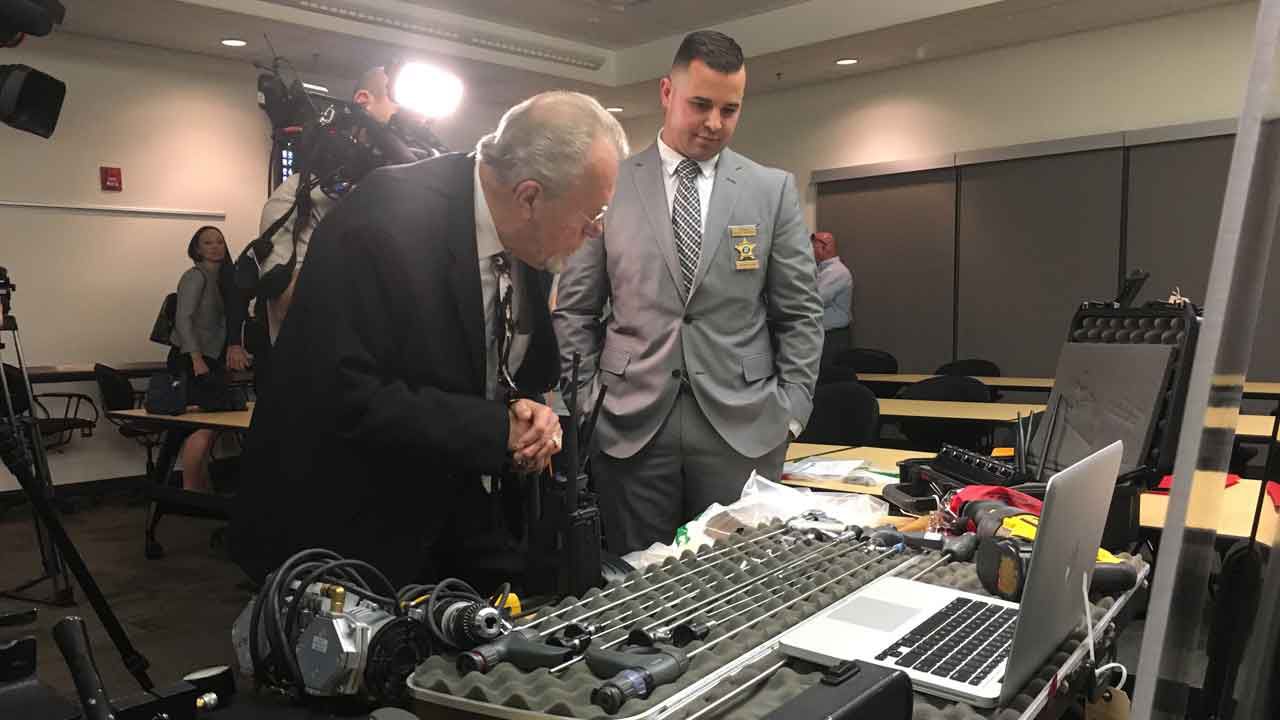 "The thing I'm happy about is they got them," said Dan-Lo Jewelers Owner Dan Short, whose Spring Hill store was one of those targeted. "They ruined 23 people's lives, including mine. I lost over a million dollars that I've been saving for 40 years to retire."

According to Hernando County Sheriff Al Nienhuis, William Granims, 57, helped mastermind the plot, disabled store's alarms, and monitored police frequencies during the burglaries. Matthew Petruccelli, 67, was the lookout and owner of Secret Attic Thrift Store in south Florida, where some of the stolen items were sold.

Michael Ornelas, 56, was another alleged planner, as well as the safe engineer specialist. Nienhuis said he has a reputation of being one of the top safe-crackers in the world, even contracting with Kay Jewelers to open their safes when employees couldn't.

Two of the chain's locations were reportedly burglarized by the trio, and Nienhuis said Ornelas cut into those safes instead of using a drill.

"He was concerned that if they saw a safe drilled using the same methods he used that they might put two-and-two together and actually figure out it was him," Nienhuis said.

Nienhuis said the burglaries took place between 2011-2017 across the state. The total amount lost by businesses is anywhere between $16 million and $18 million.

"They would go in through an adjacent business, typically. They would disable the alarm," said Nienhuis. "We thought it was kind of an inside job. We didn't know about all these other burglaries."

It was an alert from the Sarasota County Sheriff's Office about a Nokomis burglary that Nienhuis said got law enforcement agencies talking and seeing a pattern.

Last year, an FBI agent observed some of the stolen jewelry connected to the case at the Secret Attic Thrift Store. Denise Short, co-owner of Dan-Lo Jewelers, remembers identifying a pair of earrings stolen from her shop.

"That's what brought them down, right there," she said, displaying a pair of earrings she said is identical to the stolen ones.

The three were arrested while trying to burglarize a Chicago jewelry store in May 2018. Last month, the State Attorney's Office direct filed charges stemming from the Hernando and Citrus cases.

All three face RICO and burglary charges. Ornelas and Granims are also charged by the FBI with conspiracy to interstate trafficking for the Chicago case.

"This really is a very merry Christmas present for us: justice," Denise Short said.

Nienhuis said Ornelas and Granims also served time for 50 jewelry store burglaries committed in the southeast U.S. in the 1990s. Property stolen in those thefts are thought to total about $10 million.