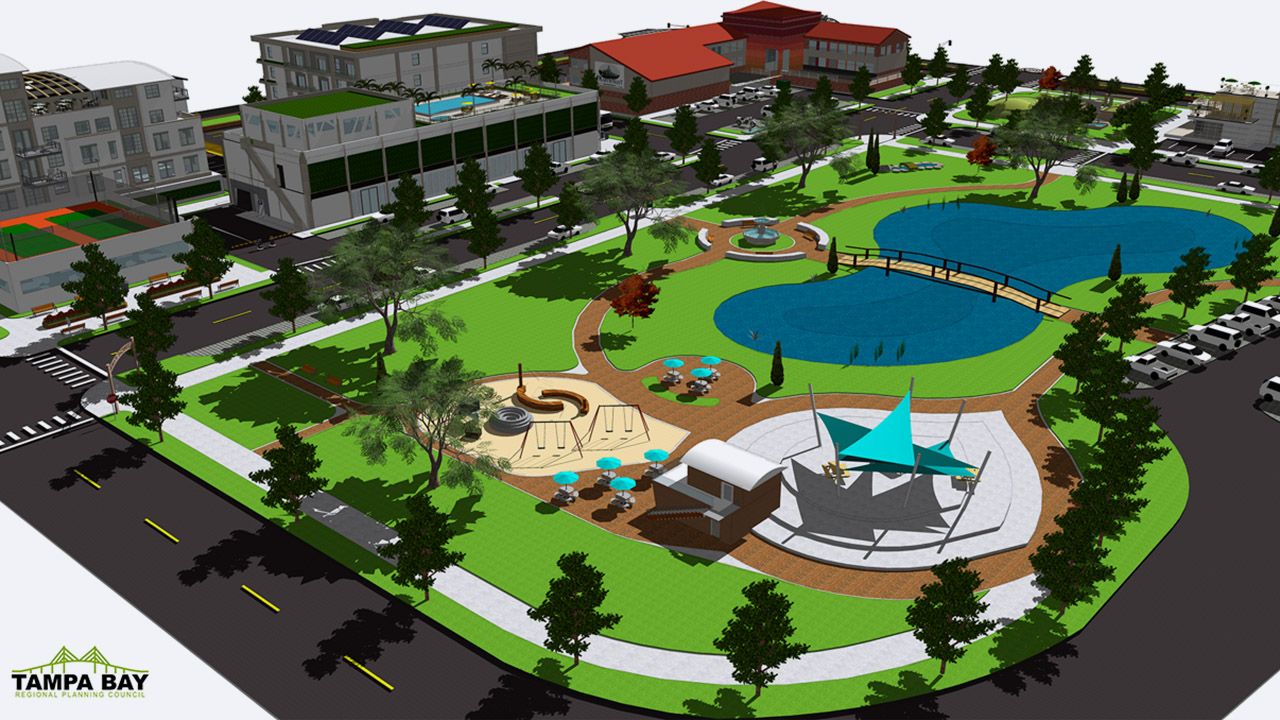 "While the storms and the waters are rising to the degree that folks are talking about moving inland, this is our city, and we want to have it resilient," said New Port Richey City Councilman Peter Altman, who approached TBRPC about the rapid redesign. "We want to look at techniques that will allow us to continue to thrive and design for those potential hazards."

The planning council formed a resiliency coalition in October 2018. Executive Director Sean Sullivan said it's currently made up of 29 local governments, including New Port Richey and Pasco County.

"I think doing nothing would be really the biggest fear, which is why we've got 29 governments agree that we need to do something," said Sullivan.

The rapid redesign, which Sullivan said is the first the TBRPC has developed for a local government, focuses on the block leading from US-19 into downtown. Altman said the city recently purchased the property a former Walgreens sits on at the corner of US-19 and Main St. While plans aren't finalized, he said one goal is to turn the area into a gateway into the city.

"We hold some other property, and so this entire block is a good place for us to have an exercise," Altman said.

Some of the features include buildings that are elevated, on stilts, or have first floors that can be flooded, a park with water-absorbing features, porous concrete surfaces, and green roofs equipped to provide solar energy.

"It gives the city something to consider. It's conceptual in nature, so it's a really 'what if', but it takes into account resiliency, which clearly is very important these days," Sullivan said.

The Tampa Bay Climate Science Advisory Panel updated its report on Recommended Projections of Sea Level Rise in the Tampa Bay region this past April. It states the region's sea levels have risen by 7.8 inches since 1946 and could go up an additional 2 ft.-8.5 ft. by 2100.

According to the report, without a coordinated regional response, the area's economy could lose more than $15 billion in real estate value, $5 billion in property tax revenue, and 17,000 jobs as a direct result of sea level rise.

"Sea level rise and climate change are real, so we're trying to develop policies that can help protect the region, both from economic losses and then protect jobs for people and our transportation network," said Sullivan.

Altman said he hopes to bring a representative to the TBRPC to a February council meeting to discuss the rapid redesign exercise.