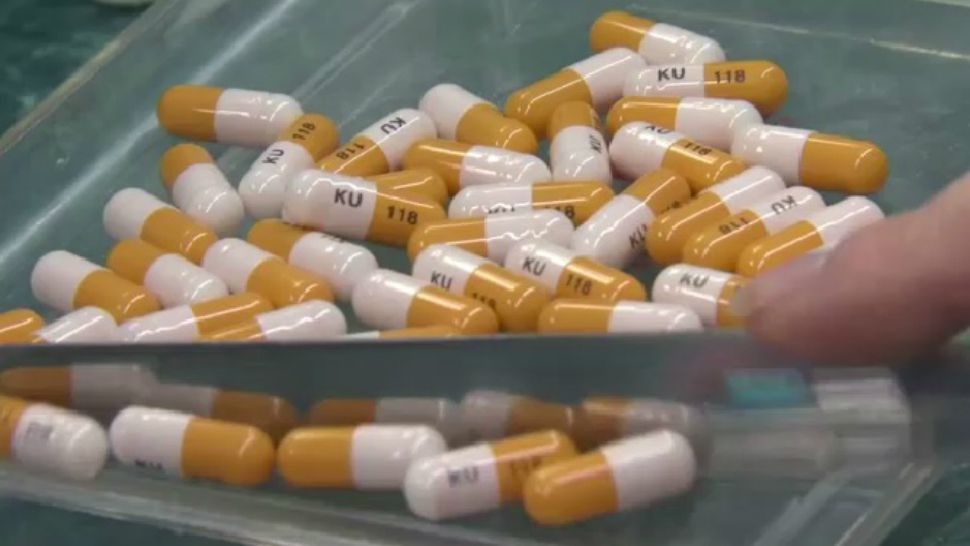 Surrounded by pharmacy owners, patients, other state representatives, and even doctors, she outlined the Prescription Drug Cost Reduction Act.

"The PBMs would have to disclose how they are making their money, and it would prohibit the practice of spread pricing, which is charging someone more than what the drug actually costs, or reimbursing the pharmacies less than what the drug costs," said Toledo, a Republican. "Plus, it bans the practice of of steering. So instead of you going to the PBM owned pharmacy, you have a choice."

PBM stands for Pharmacy Benefit Managers. Toledo calls them the "middlemen." She cited one example, saying in the case of an ADHD generic drug costing $20, she said a PBM required the pharmacies to charge $120.

"This is price gouging," said Toledo. "This is just one example of how PBMs profit off of the backs of patients, pharmacies, and tax payers, and this practice needs to stop."

"This is not just a pocketbook issue, this is a life and death issue for many of our constituents here in Florida," said State Rep. Jose Javier Rodriguez, D-Miami.

Amanda Rees is a Tampa pharmacist. She has worked at West Shore Pharmacy with her brother for the past 10 years, and she said her dad helped patients there for 20 years prior to her coming.

"We have seen an increase in these PBMs forcing out patients to either use big corporate, like a CVS or Walgreens, or force them to use mail order and drive the business out of the community pharmacies," said Rees. "We want it to be fair across the board. We should be buying drugs for what they are buying drugs for, and we should be getting paid what they are getting paid, and there should be none of these discrepancies where they are hurting the little guy and driving us out.’

Toledo said she is getting push back for those who support PBMs.